You are at:Home»Current in Carmel»Carmel Community»Ex-Carmel chiefs: Where are they now?

The city of Carmel has seen explosive growth in all areas the last 25 years. Population alone has swelled from around 25,000 in 1990 to more than 80,000 residents today. 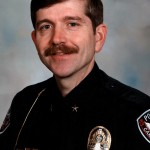 Keeping pace with that rapid expansion is difficult for any of the city’s services, not the least of which is the Carmel Police Department. In this, the final segment of a three-part Current in Carmel series talking with the men who have served as chief of police since Carmel became a city in the mid-1970s, the last three chiefs discussed their leadership terms.

Roger Conn served as chief under Mayor Ted Johnson from 1992-1995. On his watch, Carmel PD earned its first national accreditation. Now, the Commission on Law Enforcement Accreditation analyzes the police department every three years to see that it maintains best standards and practices. Conn is also proud of the efforts Carmel PD made in community outreach.

“We implemented neighborhood crime watches throughout the city,” said Conn, a 19-year Carmel PD member who left the department in 2002 but still lives here and works for Coleman & Associates, a retirement plan benefits manager. “We founded a Boy Scout Explorer post and developed the first agreement between the local school administration and the police department to share certain criminal activity reports in an effort to form a working relationship between the two organizations. We enhanced the piloted D.A.R.E. (Drug Abuse Resistance Education) program and, with the assistance of the school board, introduced it in all city schools.” 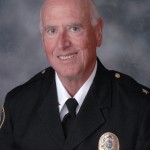 Mike Fogarty came in with the new administration of Mayor Jim Brainard in January 1996 and remained chief for 15 years – longer than anyone else. Fogarty had served 27 years with the Indianapolis Police Department, retiring there as commander of the South District before Brainard asked him to take the helm at Carmel PD. “I think some of my experience and being involved at various leadership positions was certainly helpful when I came to Carmel,” Fogarty said.

During his tenure, Carmel’s population more than doubled from around 35,000 to 79,000 in the 2010 census. Keeping up with that growth in people, patrol areas and manpower was Fogarty’s greatest challenge, he admitted, adding that the police department received excellent support from Brainard and the city council.

Like Conn, Fogarty continued the emphasis on positive community outreach efforts. Among them, he pointed to huge growth in neighborhood crime watch groups, development of a citizens police academy and teen academy and expansion of the department’s chaplaincy program. He also said the school resource officer program, which has six or eight Carmel PD officers assigned fulltime to Carmel Clay schools, reaps unseen rewards. “Those officers are there every day and the kids know them as people, not as police necessarily,” he said. “That has given us tremendous dividends as a community.”

It’s all part of the philosophy Fogarty – now 77 and retired near Jacksonville, Fla. – followed in his 40-plus years in law enforcement and instilled at Carmel PD: “Be courteous, be professional and respectful in our interactions with the people that we deal with.”

Tim Green is the present Carmel police chief, assuming the position in 2011. He heads a department of nearly 140 police officers and civilians – quite a change from when Jim Beard (Carmel’s last town marshal and first police chief from 1968-1974) had four on the force and a single car in a cramped little office in the late ‘60s. Most on his staff are in it for the long haul, Green said, averaging 25 years or more with the department.

Green also pointed with pride to the department’s national reaccreditation in 2013 as a highlight of his term. “Getting the reaccreditation acknowledges that we are still considered to be a department that operates on the established best practices across the country,” he said. “Without that dedication and commitment of the police officers and civilian employees, we wouldn’t be able to be the respected department that we are.”

A Carmel PD member for 33 years, Green worked alongside nearly every one of his predecessors and understands well the legacy they have left. “Each chief that’s come along has wanted to modernize and stay up with technology and promote the continued training and continued professionalism – all these things that have made us into the agency we’ve become,” said Green, 55. “You’re part of not just maintaining that, but I’ve learned from other chiefs that you need to continue to build upon that.”