You are at:Home»Current in Zionsville»TPCA students earn a record number of gold rankings at solo and ensemble contest 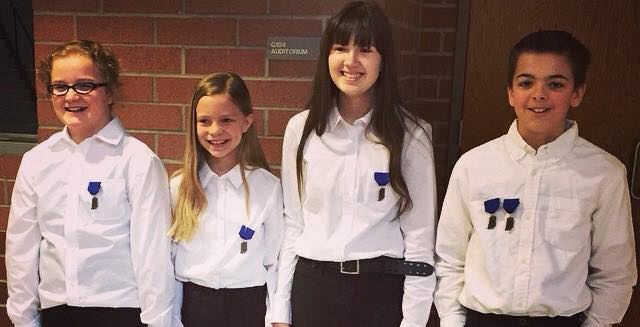 Several students from Zionsville were among a record number of Traders Point Christian Academy gold medal winners at the Instrumental Solo and Ensemble Contest on Jan. 31 at Avon High School. Fifty-nine students participated in the contest and earned 41 gold and two silver rankings.

“Over the last month, [students]have prepared solos played with piano accompaniment and self-directed ensembles of three to five members,” said Nathan Perry, TPCA band director. “This is a major annual event of the band and strings program, and our students achieved some amazing results.”

“Many of our students were asking for a bigger challenge this year,” Perry said. “They put in the extra work on the more difficult music and came away with gold medals to show for it. They took a lot of initiative to really own their work. I’m proud of their effort and results.”