You are at:Home»Current in Fishers»Woods crowned HSE Mr. Royal 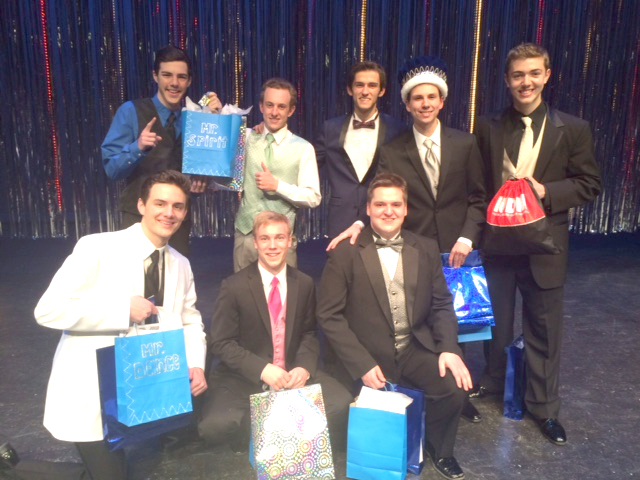 However, it never occurred to him to participate in the seniors-only contest until this year.

“I’m glad I did. By far, I think it was the most fun I’ve had in high school,” Woods said.

Woods was crowned Mr. Royal out of the 17 contestants on Jan. 29 in the annual competition at the high school auditorium.

For his talent portion, Woods did a saxophone quartet.

“I wrote an arrangement of Disney songs and we had some choreography and we performed it for everyone,” Woods said.

All the contestants portrayed a ’90s icon. Woods conducted his interview as Ms. Frizzle from “The Magic School Bus.”

“It was an interesting costume since I had to dress as a woman,” he said. “Not to sound too modest but I wasn’t trying to win anything. I was just having a lot of fun.”

Woods is participating in jazz band and will play saxophone in the orchestra pit for the musical “Legally Blonde” on March 12 through 14.

In the fall, Woods was the drum major for the marching band the past two fall sessions.

“I stood up on a 10-foot podium and conducted the band,” he said. “It’s like the highest ranking position in the marching band.”

Woods plans to study music at either Butler or DePauw.

All but 50 tickets were sold in the 999-seat auditorium, Mr. Royal co-sponsor Amy Shipley said.