A veterinary clinic will be opening up in 2015 in the same shopping center at Izzy’s Dog Bakery and Hair of the Dog, pet grooming salon. 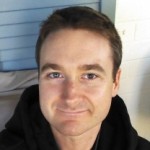 Veterinarian Greg Magnusson plans to open a second location of Leo’s Pet Care in a portion of the space formerly occupied by Seabreeze Tanning at 828 W. Main St.

“The dogs are taking over the street,” Magnusson said.

He said he was looking at that location years ago but decided against it out of professional courtesy because there already was an animal clinic very close. So he opened his own clinic at 10598 N. College Ave. When the competing clinic closed and the tanning salon’s space became available, he saw it a great opportunity to expand his client base.

Magnusson plans to keep both locations and he will be working at both depending on the day. He said he plans to hire additional staff when the time comes and he’s excited to get going on construction. He said it will be set up about the same with around the same square footage of about 1,200 feet.

Magnusson said he hopes to have the location open by the end of May.