You are at:Home»Current in Westfield»Love of outdoors leads Salazar to Maine

Michala Salazar will serve as an AmeriCorps National Service Member through the summer in Maine.
(Submitted photo) 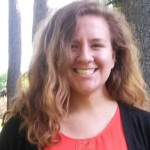 Michala Salazar’s love of the outdoors came from her family.

“I was raised with two older brothers who were Boy Scouts, and I’ve always tried to follow in their footsteps,” she said.

Salazar, a Westfield resident, passed on being on Girl Scout — “I couldn’t sell the cookies,” she said.

Salazar, 18, who just graduated from Guerin Catholic High School, is serving as a Maine Conservation Corps and AmericCorps national service member this summer.

She is taking a time off from the classroom school before beginning college in 2016, and said is considering majoring in sociology or anthropology. She would like to become a documentary filmmaker, making films about people and cultures.

Salazar heard about the MCC program and applied in October 2014 and learned she was picked earlier this year. The MCC conducts conservation projects throughout Maine, including extensive recreational trail construction and rehabilitation.

“I’ve never been to Maine, so I figured why not?” she said.

Salazar reported on June 17 and her term will end Aug. 14. Her job is made up of the MCC calls for nine-day hitches of work followed by five days off.

“When we are on a hitch we are all together camping close to our work site,” Salazar said. “On your five days off, you are free to roam around the state or travel. You get a state park pass so you can camp wherever you want to go.”

Salazar receives a stipend for the living costs.

“We have crews that go out throughout the state parks in Maine and public lands,” she said. “Our crew is at Moosehead Lake. We’re making a reroute of the trail. We’re trimming trees and plants so they don’t disturb the trail itself. We’re making it a more suitable environment for hikers and families.”

“It’s physically demanding and little mentally, too,” she said. “You’re in the back country of this new state. It’s a little bit daunting, but it’s fun. You get really close to your crew members because you are with them 24/7.”

Salazar said they are without the luxuries of every day.

“You don’t have a bathroom,” Salazar said. “You don’t have showers. We have to eat what you’ve packed beforehand. It gets a little dull. It’s a good time to get back to simplicity.”

Of course, she is often without her laptop and phone.

“It’s a good practice to just disconnect,” she said.

Salazar will participate in the National Outdoor Leadership School in Wyoming on Sept. 4. She’ll receive college credit for the program, which includes traveling around Wyoming for three months.