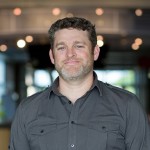 That old printer sitting in your office could help someone get back on their feet.

RecycleForce, an organization that employs people who have been incarcerated, will hold an electronics recycling drive from 9 a.m. to 1 p.m. Aug. 29 at Northview Church in Carmel in the east parking lot.

Employees of RecycleForce disassemble old electronic devices to resell the components as scraps for recycling. The organization uses the money from the sales to provide jobs, counseling and programs to help its employees learn skills and character development.

“Men and women that have incarceration in their past should not be defined by their prior mistakes, but rather the current condition of their heart,” said Wayland Thompson, outreach pastor at Northview Church.

About 60 ex-inmates are currently involved in RecycleForce programs. The organization believes that having a job opens doors for someone who is re-entering society. The program allows its employees to receive certifications that allow them to become more qualified for other jobs in the community after graduating.

Recycle Force originally partnered with Northview Church in May. Northview hosted weekend drop offs at their Indy-area campuses. The church is working to create a consistent drop-off point at its Carmel campus.

“The (previous) event was a success, but more importantly some of the RecycleForce employees were at each Indy campus and it allowed us to encourage them,” Thompson said.

Acceptable items include but are not limited to: