You are at:Home»Current in Carmel»Carmel Business Local»Greek’s Pizzeria in Carmel to offer beer delivery 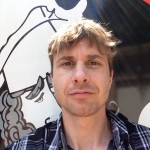 Out of beer in the middle of the game? No problem, Greek’s Pizzeria in Carmel will be making that beer run for you.

Starting Sept. 8, customers can order a six-pack of bottled beer when they order their pizza. Or a customer could just order beer delivery by itself.

Josh Trisler, who co-owns the two Carmel stores with Dave McLean, said their numbers showed up to 70 percent of their business is pick-up and delivery. The stores are located at 120 E. Main St. and 12703 Meeting House Rd. in the Village of West Clay.

“We thought what can we add on to the delivery since that’s the bulk of our business,” Trisler said. “We were figuring what else can we add to that delivery, and somehow realize we’re able to deliver beer with the type of license we have. Then we realized how many others don’t have the tools to deliver like we do.”

Trisler said they could deliver kegs as well.

Greek’s Pizzeria offers 10 different beers, including Miller and Coors brands, and several area-craft beers. There is free delivery with pizza and beer.

“We want to launch it here in Carmel and work out the kinks and inventory problems before we launch it on much larger scale,” Trisler said.

Trisler said he can already answer one anticipated question: they can’t deliver beer on Sundays because of the law.

Trisler and his partner plan to open a new Greek’s at 71st and Binford Blvd. in Indianapolis in October. They also may partner with Greek’s owner in West Lafayette to do the beer aspect of the business.

They also own a 1987 ambulance in which there will be beer taps on the side of it. It will be called the amBeerlance.