You are at:Home»Current in Carmel»Carmel Community»After inaugural year, PorchFest returns on Sept. 13 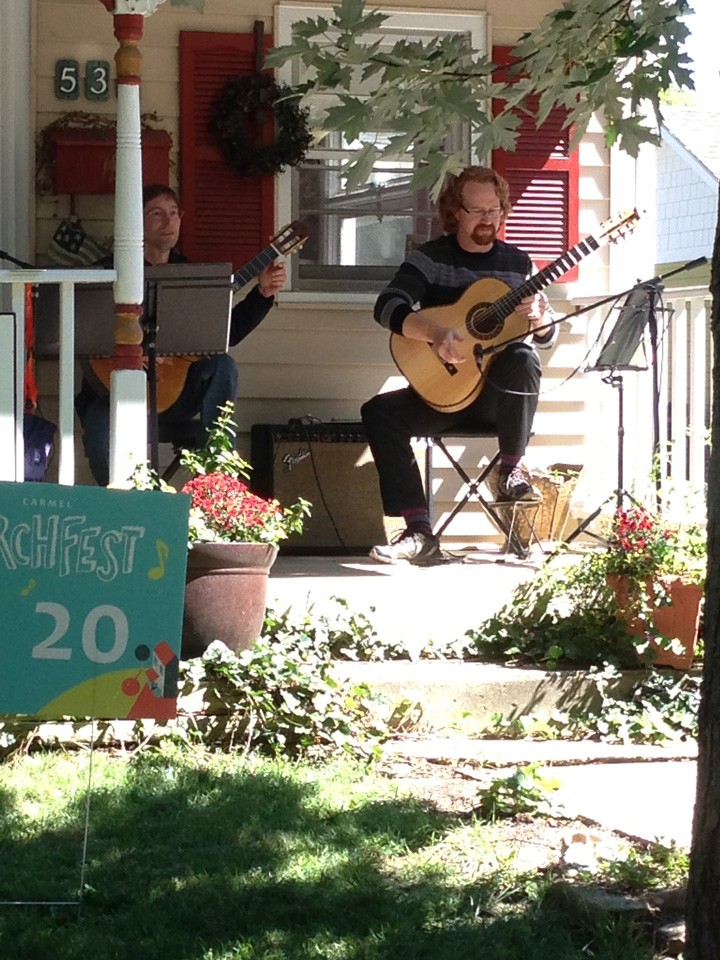 In 2014, everything seemed to line up perfectly for the first PorchFest in Carmel.

The new event had attendance of more than 3,500 people. Part of that was helped by wonderful weather, sunny but not too hot with a high temperature of 67 degrees that day. Adding to that is the fact that the Indianapolis Colts didn’t play until 8:30 p.m. that night.

Sue Finkam, member of the Carmel City Council and lead organizer, said she’s aiming for 5,000 attendees for its second year on Sept. 13 from 1 to 5 p.m.

Similar to last year, there will be 40 live musical acts performing on 20 “stages.” The stages for this unique event are people’s front porches. Acts from a variety of genres will be playing on porches as families bring their lawn chairs and coolers to enjoy the free event. It’s a mix between a neighborhood block party and music festival.

For the most part, Finkam said she’s going to keep things the same since she thought it was successful, but some tweaks will be made.

“We’ve tried to work on things to improve the attendee experience,” she said. “We’re limiting the amount of golf cart usage significantly. We’ve changed the way we’ve done some of the sets to make it easier to follow which performer is going to be there.”

For 2015, Huntington Bank has signed on to be a title sponsor and Finkam said, “They will be a tremendous addition to add manpower and energy to the area.”

The neighborhood of porch stages will be north of the Carmel Arts & Design District, just east of the Monon Trail.

A “selfie station” will also be available so attendees can take photos to post to social media.

Also new for this year is an honorarium fee given to performers. Single acts will receive $50 and bands can receive up to $200 for performing.

“It’s a nominal amount but it shows that we want to support those that choose to be a professional in this industry,” Finkam said.

One question many attendees had was about food. Finkam said there were discussions about setting up booths or bringing in food trucks, but it might make the streets too crowded. Instead, she said attendees are encouraged to bring coolers of food and to venture out into the Carmel Arts & Design District to dine out.

“It’s important to support our retailers and restaurants,” she said. “We want to keep a neighborhood vibe and not overproduce this event. That’s something that people said they like about it.”

WHAT: An outdoor music festival where bands play on neighbors’ porches

WHERE: North of 1st Avenue NW (which is north of Sophia Square and the Carmel Arts & Design District), East of the Monon Trail and south of 6th Avenue NW.