You are at:Home»Current in Carmel»Carmel Community»Former AD to be remembered at football game 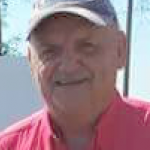 Robert Johnson, who served as the first athletic director of Carmel Middle School, will be remembered for his contributions to Carmel athletics during halftime of an upcoming football game at the school.

Many people credit Johnson for laying down a solid foundation for middle school athletics in Carmel during his time at the school, where he worked from the 1960s until he retired in 1994. He died Aug. 6.

“We want the community to know they are invited if they knew Mr. Johnson and wanted to come to honor him and his family,” Monke said.

CMS principal Lila Jay will speak during halftime, students will read excerpts written by people impacted by Johnson, and Johnson’s family will receive a plaque. The event will also include a check presentation to the American Diabetes Association from donations collected at the game.