You are at:Home»Current in Westfield»Historical society speaks to Westfield city council 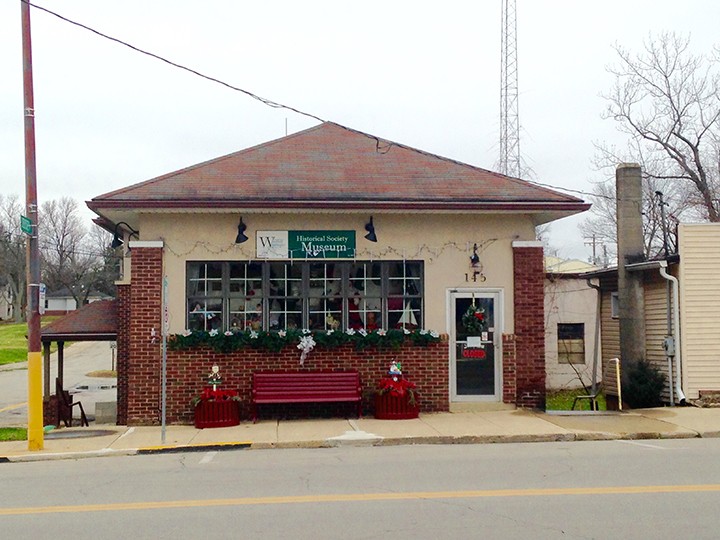 The Westfield Washington Historical Society and Museum is currently at 145 S. Union St. in down- town Westfield, but may need to move locations in the future. (Submitted photo)

Jeff Beals, historical society treasurer and chairmen of relocation committee for the Westfield Washington Historical Society and Museum presented to the Westfield City Council at the Dec. 14 meeting.

Beals updated the council on the society’s strategic plan for 2016, the first issue of which included finding an adequate spot for relocating the current building.

“It is our understanding we may have to vacate the old fire station which is our current museum in the next year or so,” Beals said. “If this is the case, we are trying to be proactive with other options.”

Due to plans for the Grand Junction Plaza, both Open Doors and the historical society will need to relocate their homes. Open Doors is already in the process of raising funds, and Beals asked the council to reconsider vacating the fire station.

Due to the attraction of visitors to the downtown area of Westfield, Beals said he believes the Westfield Washington Historical Society and Museum, 145 S. Union St., is an important part of downtown.

“We are cause for a lot of potential visitors for the city of Westfield and businesses here,” Beals said. “We did a little social media thing on Facebook and generated 3,056 pots. For the business people, that’s 3,000 potential more people the museum could have brought downtown. The museum can be a good downtown partner.”

Another different aspect the historical society brings to downtown Westfield are their themed displays. Beals said with the current Christmas display up, the museum has generated a lot of interest in downtown patrons. Because of the Christmas display success, Beals said the society plans on implementing displays during other holidays as well.

Currently, the museum has 1,160 items and up to 350 to be accessed. Beals said many more artifacts could be displayed if they moved to a larger facility.

“The historical society believes that with stronger organization and a well-rounded museum we can be a place of interest in doing our part of drawing people to downtown Westfield,” Beals said.