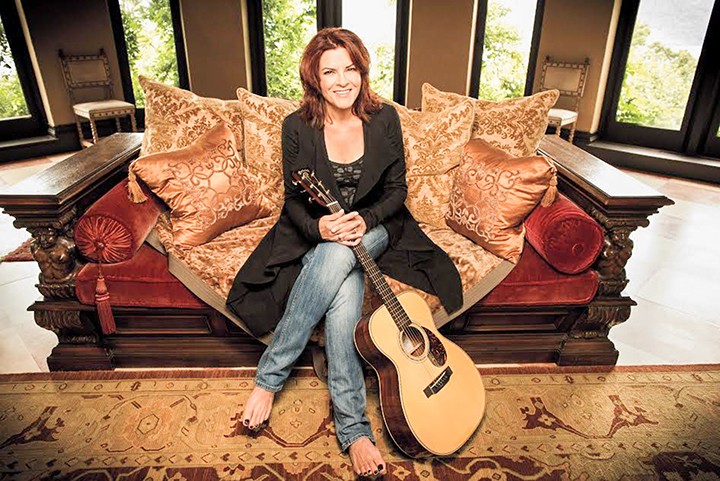 Rosanne Cash considers herself a New Yorker. Been planted there for about 25 years and the singer-songwriter loves everything about the city.

“I was always a New Yorker at heart, I do believe,” Cash said. “I married a native New Yorker and now my son is a fifth-generation New Yorker on his dad’s side. I just had lunch with five other women who are all writers, one is an architect and one is a scientist. I just love that community exchange of ideas. It’s very good to be a writer in New Yorker.”

Yet the eldest daughter of Johnny Cash and Vivian Liberto was born in Memphis in 1955 before her family moved to California in 1958. Her parents divorced in 1966. Cash later spent some time living in Nashville.

“I’m still connected by blood and family to the South even though I haven’t lived in the South for about 25 years,” Cash said. “I just thought it was anecdotal that I was born in the South and my family were Southerners. But it turns out going back on many trips the last few years my heart was really open to it. I reconnected to these people and these places, some of them feel very haunted. It was a powerful and inspiring experience and a lot of songs came out of it.”

Cash released “The River & The Thread” in January 2014. Cash will perform songs from that album and other favorites at 8 p.m. on Jan. 8 at the Palladium in Carmel. The album won three Grammy awards in February, including Best Americana album.

It’s a collection of songs by Cash and her husband, John Leventhal. Cash made visits to the South, starting when Arkansas State University contacted her about wanting to buy her father’s boyhood home in Dyess, Ark., and asked the family to get involved in the restoration and the fundraising process.

“I don’t get involved in projects about my dad, but this one really pulled at my heart,” Cash said. “So I got involved. My heart was open and it was a powerful experience.”

This album was a departure in that most of the album’s songs were written in the third person.

“I was writing more about characters and experiences outside of my own,” Cash said. “That was very satisfying, but challenging at first. One song even went back to my own Civil War ancestors called ‘When the Master Calls the Roll.’ It was one of most satisfying songwriting experiences I’ve ever had and it kind of opened the door in some ways to writing about characters. It was in the tradition of those great Appalachian narrative ballads.”

Cash said many artists will say their last work is their favorite or their best.

“But I bet in 20 years I’ll look back and say that was a real peak for me, that was a special, special album,” she said. “I feel it was the best I could do on every song.”

Part of the appeal of Cash’s music is that it crosses all kinds of genres, country, blues, rock and folk.

“I’m restless and I’m curious and I listen to all kinds of music,” Cash said. “I don’t think you have to join a religion when you are a musician unless you’re a pure jazz or traditional bluegrass when you are working on specific tradition. I’m a songwriter and I borrow off genres and I love a lot of different kinds of music. You process it and it comes out. It’s challenging and exciting to try things that are a little out of your wheelhouse.”