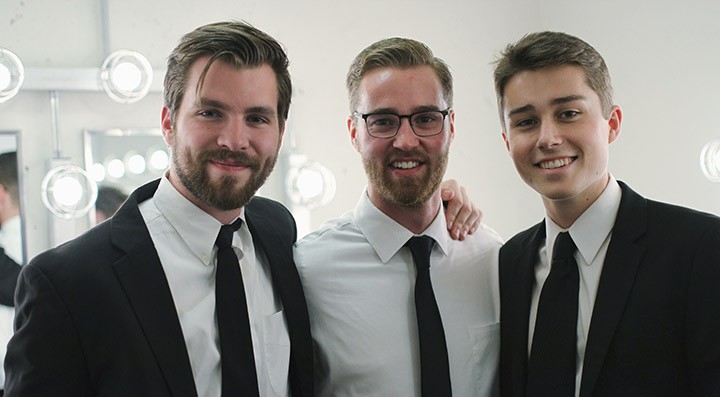 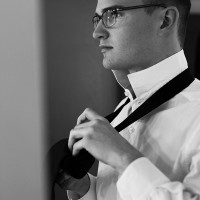 Another Round’s appearance in Carmel will be especially meaningful for members Mike Phipps and Jordan Ehrlich.

“Apart from holiday shows at private events at people’s homes, this will be the first public show we’ve had in Carmel, so that’s exciting,” Phipps said.

Another Round, Indiana University’s men’s a cappella group, will perform at 7:30 p.m. Feb. 5 at the Carmel Community Playhouse, 14299 Clay Terrace Blvd., Suite 140.

Phipps is a senior at IU and Ehrlich is a sophomore. They were members together in Carmel High School’s Ambassadors in 2011-12.

“It’s been really interesting being part of a group that built such a legacy before I even came into the group,” Ehrlich said. “I had no idea of all I was getting into when I joined but since being in it, it feels like a huge opportunity has been presented to me that I never knew existed. The fact that we were able to travel out to Colorado because we had made a connection with Isle of Capri Casino (in November). Just opportunities to perform that I didn’t even know I’d be able to do. It’s been a lot of fun.”

Ehrlich said Phipps was one of his best friends when they were in the Ambassadors.

“I never paid much attention to him being in Another Round until that summer going into my freshman year,” Ehrlich said. “He started to talk more in depth about it and it really intrigued me. It’s really entirely because of Mike that I auditioned for the group.”

Another Round performs a variety of hits from Motown classics to Justin Bieber.

“I think my favorite is ‘Stand by Me,’” Phipps said.

Ehrlich’s favorite is “Lean on Me,” which the group always sings at get-togethers with former members or when new members join.

“The Motown classics are some of the most fun songs to do,” Ehrlich said. “When you see someone in the audience singing along with you, that’s a lot of fun to do. When we sing ‘My Girl’ people really get into that. Any time an audience really loves a song, that’s my favorite, too.”

“I think it’s pretty special that this group of guys has become my best friends,” Phipps said. “We’re normal college guys and all of sudden we perform all these shows, we feel pretty lucky to do that. We’ve just had a blast doing it all these years.”

Among the special states Phipps has performed besides Colorado, are Ohio, Kansas and Michigan.

Phipps said the show does 20 to 25 big shows per year.

“Then we have tons of other shows that are smaller,” Phipps said.

Phipps, who is nearing the end of his Another Round career, has a job lined up at Epic, a software company for electronics house records, in Madison, Wis.

Both Ehrlich and Phipps expect many friends and family members for the Carmel Community Playhouse show.

“My friends from Ambassadors are excited to see me perform with a different group,” Ehrlich said. “A lot of my friends’ parents will be there. It will be a good time to show them what I’ve been doing the whole time.”