You are at:Home»Current in Westfield»Luedke launches charity organization 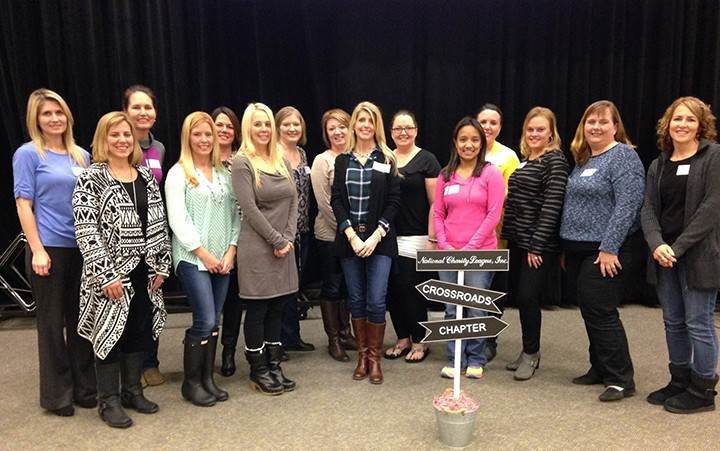 As her daughter is in seventh grade, prime time to join the charity with her mother as her pair, Luedke decided to take matters into her own hands.

“National Charity League itself is a nationwide organization for mothers and daughters that provides opportunities for community service, leadership development and cultural experiences,” Luedke said. The daughters join in seventh grade and are put on a six-year plan with their mothers to continue the service through their middle and high school league.

The Crossroads Chapter of the National Charity League held its formation meeting earlier this month at Westfield High School. So far 30 mother-daughter pairs have signed up from across Hamilton Co. and one partnership is from Zionsville.

“As the community service aspect, we select and vote on which charities and philanthropic organizations we want to work with,” Luedke said. “Within those organizations, we want to impact our local community and work within that.”

So far, the Crossroads Chapter has made plans with the Heart and Soul Clinic and the Maple Glenn Senior Center locally. The members will also be working with Gleaner’s Food Bank and Wheeler Mission for Women downtown.

Membership opportunities are still available for mother-daughter partnerships through the end of March. After that, Luedke will close the memberships to focus on the current members. Next year, the chapter will begin recruiting from sixth grade girls going into seventh grade.

“Each year is focused on an aspect of leadership growth and empowering young girls to become strong independent women,” Luedke said. “As well as that, we want to enhance lives culturally and we do that through going to different events, exposing the girls to different types of cultures, good old fashioned etiquette and those types of things.”

For those interested in becoming a member, email membership.crossroadsncl@gmail.com.