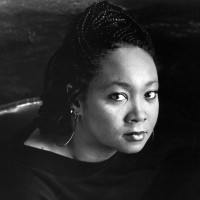 Milicent Wright will have the chance to show many sides of her acting abilities in Indiana Repertory Theatre’s “Bridge and Tunnel.”

This is the fifth one-person Richard Roberts has directed Wright.

“We’ve done quite a few of these but every play is different,” Roberts said. “The unique thing about this one is Milicent plays 15 different characters from 14 different countries with different dialects from all over the world. It’s very multi-cultural in that aspect. She brings to life a lot of unique and different characters. They’re all immigrants to America.”

Wright plays both male and female roles a variety of ages in the production, which begins March 29 and concludes on May 1 at IRT, 140 W. Washington St., Indianapolis. It will be held on IRT’s upper stage.

“The play is about most of us are from immigrant families somewhere back so we all have that story in our past,” Roberts said. “It’s really about underneath even with the different ways of speaking and living we’re all the same kind of people.”

“Milicent is a particularly extraordinary storyteller and she has a great rapport with the audience,” Roberts said. “So the one-person is something that she does really, really well. The IRT chose this play expressly for Milicent to do it. People love to see Milicent’s shows because she brings such warmth and heart and humanity into it. She makes such a strong connection to the audience. When you see one of her shows, you really feel she is talking to you personally.”

“I learned all about the play from reading the script,” Roberts said.