The Hamilton Co. Leadership Academy class of 2016 has made it its mission to target violence in teen dating and will hold a rally at 10:30 a.m. March 29 at Carmel City Hall. 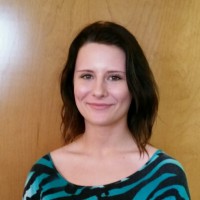 Krystal Mercer, a 19-year-old victim of teen dating violence from Fishers, will speak to those at the rally, joined by Carmel Mayor Jim Brainard.

“The national statistic is one in three girls will be in an abusive relationship,” said Brittany Winebar, a member of the 2016 HCLA class. “Our goal is to get information out and educate the community about that issue so we can prevent future instances of teen violence or domestic abuse as people get older.”

The rally is free, and a short video with information on teen dating violence will be shown.

“We really just want to try to gather people to get the word and awareness out there,” Winebar said. “There’s been a lot of movement in our community about domestic violence, and we need to ensure we have all the services those survivors need.”

Mercer will share her story of experiencing a violent relationship when she was 14 years old. Winebar specified that teen dating violence is not just physical, but that it can involve complex problems.

For Mercer, her boyfriend at the time wouldn’t want her to wear jeans or any tight, revealing clothes. She said that his extreme jealousy was a warning sign. She began making excuses for bruises, but eventually, the truth came out.

“When you first realize something is going on, if he’s trying to control you the littlest bit, you either set boundaries or get out because it’s only going to get worse,” she said. “Since it happened, I’m more cautious.”

Since the violence, Mercer has attended Prevail of Hamilton Co., a crime victim center in Noblesville.

“It’s an issue nationally. A lot of parents believe they understand what the warning signs are, but in a federal survey less than half could identify the warning signs,” Winebar said. “The violence unfolds over time and it gets twisted so it doesn’t look like an abusive relationship.”