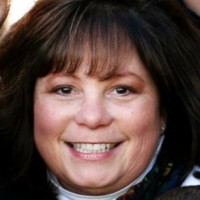 It was supposed to be a reward, but a Tiger Pop sucker nearly turned tragic for Prairie Trace Elementary student Aidan Lemme.

The third grader was enjoying the treat he purchased with classroom cash for good behavior on Feb. 26 when the candy lodged in his throat, leaving him unable to breathe.

That’s when his teacher, Elizabeth Peasley stepped in.

As soon as she saw Aidan turning red and making the choking sign, she jumped into action, sending another student to ask the teacher next door to call 911 as she began performing the Heimlich maneuver.

“Aidan did not expel the sucker right away.  It took six times before it came out,” Peasley said. “Aidan was a real trooper.”

“She didn’t give up when it took six attempts,” Kari stated in the letter. “She did the thing that we all pray we never have to do, and she did it effectively. The gratitude I feel toward her is indescribable.”

Aidan also addressed the school board and his teacher.

“I would like to say thank you to Ms. Peasley for saving my life and how such an awesome teacher she is,” he said.

Peasley said she is thankful for the training she’s received to handle this type of situation, even though she never thought it would happen in her classroom.

“I have been asked by many teachers and parents if I panicked. I just did what I knew needed to be done,” Peasley said. “There was not time to think about it because Aidan was turning blue and it was obviously serious. I am so happy he was ok!”

In other action, the school board approved $608,000 in repairs to the Carmel High School natatorium. The project includes repairing the roof structure and roof replacement at the skylights and construction of additional ventilation components to increase air circulation within the pool area.

The project is funded through 2015 general obligation bonds. Construction is expected to start in early June and last for about 35 days.