You are at:Home»Current in Carmel»Carmel police to be equipped with life-saving overdose drug 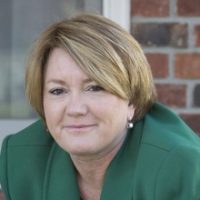 Years ago, Justin Phillips didn’t talk about her son’s addiction to opiates. Not everyone knew of Aaron Kent Sims’ struggles. Phillips said she took her son to rehab but was terrified to ask her job for time off for work to be with her son, a kind, athletic 20-year-old with short red hair. Beneath the surface there was a secret.

“If my child had cancer treatment, I’d have no problem telling my work,” she said. “We really need to change the way we talk about addiction and remove the stigma. It’s a disease, and we are losing a generation of young men.”

It’s a problem that’s growing in Hamilton Co. For the state as a whole, heroin cases in tripled between 2008 and 2013, according to data collected by the Indiana State Police and analyzed by Indiana University. One nonprofit, Hope Overcoming Heroin, ranks Hamilton Co. ninth in the state for heroin overdoses and overdose deaths. 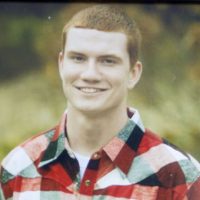 Phillips, an Indianapolis resident, didn’t want to see her son Aaron be just one of many sad deaths. She had to do something.

“I just needed to do something to make Aaron’s death not just be a painful experience but to turn it something to help others,” she said.

Phillips founded a nonprofit called Overdose Lifeline that helps improve access to Narcan, a life-saving drug that can reverse the effects of an opioid overdose with an injection or nasal spray. In Carmel, firefighters and paramedics have this drug on hand to help in an emergency situation and soon the Carmel Police Dept. will have its officers carry Narcan as well.

Naloxone is a drug often sold under the brand name Narcan that can block the effects of opioids, which can prevent overdoses. It lasts about a half hour to an hour and sometimes multiple doses might be required, which is most effective when administered intravenously but a nasal spray has been developed for easier use.

According to a Jan. 2015 Vice News report, only 15 states offered Narcan, and in many states, it is illegal to administer unless you are a medical professional.

State Sen. Jim Merritt worked with Phillips to write “Aaron’s Law” which was signed in April 2015 and allows Indiana residents to obtain a prescription for Narcan if they believe someone they know is at risk of an opioid overdose. Prior to this law, only emergency workers were allowed to carry the drug.

“It’s such a simplistic application that more people should be able to have it,” Merritt said. “Once more people hear about it, I bet you people will be buying it in bulk.”

In Carmel, paramedics in the Carmel Fire Dept. already use Narcan, but police officers didn’t initially carry the drug because of questions about administering it and confidence in CFD’s response time.

CPD Chief Tim Green said he talked to Indiana Attorney General Greg Zoeller in January at an event and he told Green that it won’t be long before police departments are asked, “Why don’t your officers carry Narcan?” Green set up an appointment with Overdose Lifeline immediately.

“We also know that issue of opiate and heroin overdose continues to increase, even in our communities, and so we are looking forward to getting the training and getting the Narcan in our hands,” he said. “In Indianapolis, they have documented at least 150 uses of it through their police officers. The response has been positive and so we look forward to continuing to expand its use.”

Michael McNeely, a paramedic and firefighter in Carmel, has given the drug to people who have overdosed and said, “It is literally bringing people back to life.”

“They are basically lifeless when we get there,” he said. “And then in 15 to 20 seconds they go from lifeless and dead and eyes wide open.”

Phillips is working to set up training sessions with police departments around the state. They had a training course March 21 and 22 for the Westfield Police Dept. and she said there’s around $400,000 worth of Narcan to distribute.

“Funding is not problem right now,” she said.

Narcan is described as a “miracle” drug, but not everyone is sold on its use. Merritt said there’s an unfair perception that Narcan provides an incentive for heroin addicts to continuing using instead of seeking treatment. He said that’s a myth and points to the 8,300 lives that have been saved in the last two years using Narcan, 2,500 of which were in Marion Co.

“No one intends to overdose,” he said. “Overdosing is a mistake. Anyone who thinks Narcan gives someone an excuse to overdose is sadly mistaken.”

Phillips said young men like her son can get a second chance to seek treatment and life a clean life.

“If you are truly addicted, you aren’t even thinking about dying,” she said. “So Narcan won’t increase drug use. In fact, there’s proof that shows it decreases use because it reduces the stigma surrounding addiction.”

Some worry about giving the drug to people who just look like they are overdosing but actually doesn’t have any opioids in their system.

“You can literally give Narcan to someone who doesn’t need it and you’re not going to have any negative effect,” McNeely said.