You are at:Home»Current in Zionsville»Zionsville Fire Department responds to lightning strikes, traffic accident 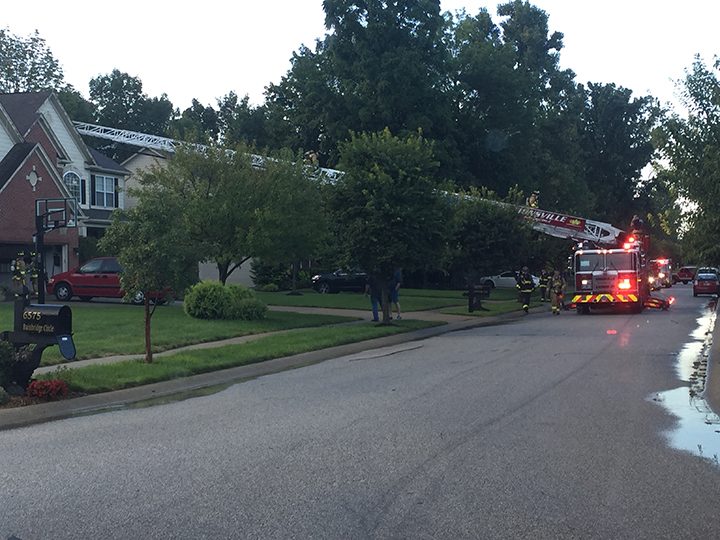 Zionsville Fire Department Ladder 93 is set up in front of a home in the 6000 block of Bainbridge Circle checking for fire in a home that was struck by lightning. (Submitted photo)

The Zionsville Fire Dept. had a busy morning Aug. 26, as a thunderstorm led to lightning strikes and traffic accidents.

At 8:11 a.m., ZFD received two commercial fire alarms from Greek’s Pizzeria on Main Street and the site that formerly housed The Sanctuary art gallery. Firefighters did not discover any fires at these locations.

About 10 minutes later they responded to a home at 120 N. Main Street that had been struck by lightning. The house suffered minor damage, and paramedics checked out a resident at the scene who refused transportation to a hospital.

The busy morning also included a motor vehicle accident at Whitestown Parkway and Veterans Drive and a residential fire alarm at 5380 S 700 E, which did not result in a fire.