You are at:Home»Current in Zionsville»Trekker captures local parks, trails for Google Maps 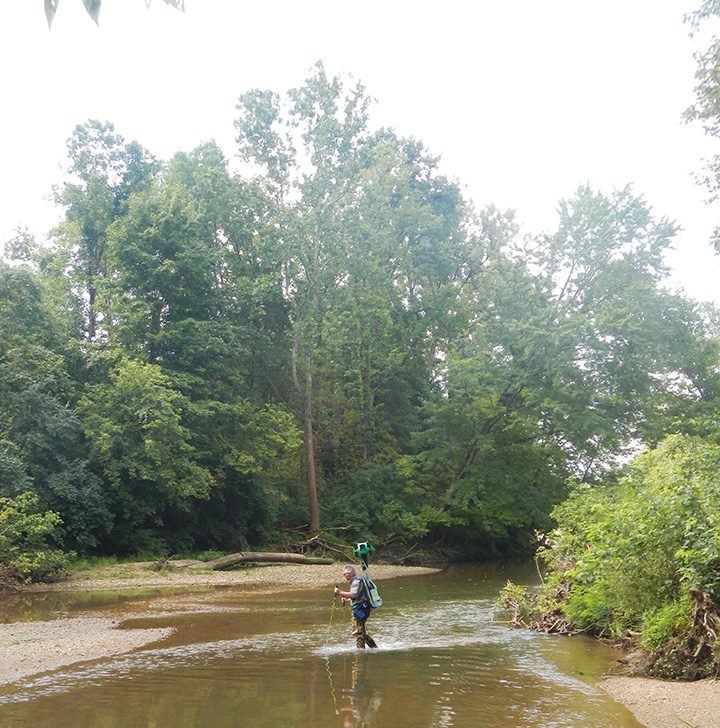 Zionsville parks and trails will soon be more accessible, at least online. The town recently used a high resolution camera, known as the Google Trekker, to capture local images for Google Maps.

The town received the Trekker from the Indiana Parks and Recreation Dept., which is coordinating its use in 35 parks departments in Indiana. Zionsville used the Trekker Aug. 16 and 17.

“Our goal has been to just cover as much ground as possible, trying to take as many pictures as we can of Zionsville trails and parks,” said Amanda Dorman, Zionsville director of communications and community relations.

The multiple-lens camera can be worn as a backpack and carried on foot or attached to a golf cart to cover more area at a quicker pace. The images should be available on Google Maps in the next six to 12 months.

“Two people from our parks department have been out with it,” Dorman said. “We have actually done pretty much all of the town’s parks. We’ve hit pretty much everything we wanted to hit.”

Any member of the Indiana Parks and Recreation Dept. could participate for free at no cost to the town.

“What is really neat is it’s raising awareness of Zionsville as a destination. People that are unfamiliar with our parks and trails, whether they live here or they live somewhere else in the world, everyone will have virtual access via Google Maps,” Dorman said. “For people that don’t live here, it literally puts Zionsville on the map as a destination for parks and trails. It’s what we’re known for, and it’s now a way for us to virtually show it off.”