You are at:Home»Current in Carmel»Carmel Community»Carmel couple sues city after 13 years of floods to historic home 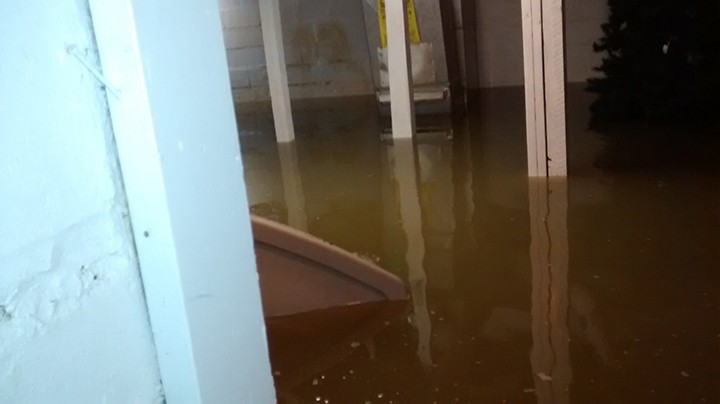 As Amy Van Ostrand balanced the care of her husband fighting for life against blood cancer with ongoing efforts to clean up and repair a basement that had severely flooded at least 13 times in 13 years, she decided it was finally time to do something she had been hoping to avoid. 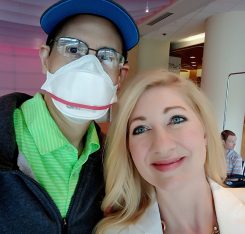 On Aug. 29 she filed a lawsuit against the City of Carmel seeking compensation for the more than $88,000 she and her husband, Derek Fakehany, have spent out-of-pocket on mold remediation, replacing damaged belongings, a lease for temporary housing and other costs that continue to mount.

“I was literally having to sit in a hospital room and call water remediation companies to have my flooded basement dealt with when my husband was in the hospital receiving a bone marrow transplant,” she said. “At that point I realized the city is not going to do the right thing.”

The lawsuit came around the same time the city wrapped up a project that included pipe upgrades in the area and other improvements to help with drainage, such as adding sidewalks and curbs. The couple hasn’t lived in the home since April, as flooding-related mold can be dangerous for Fakehany’s weakened immune system.

Van Ostrand said she hasn’t returned to the home since May, but neighbor Don Hollingsworth has been regularly checking the couple’s basement. Despite heavy rainfalls, he said he hasn’t seen it flood once since the city wrapped up its project, except when a circuit breaker tripped and shut off the sump pumps.

“The City has done a great job on that project, (although) it took longer than a lot of the neighbors would’ve liked,” Hollingsworth said, adding that the city has not addressed separate drainage issues affecting his property but that he believes it will soon.

Van Ostrand is not convinced that the flooding issues are over. She heard that water had gotten into the basement in August and said that the team who cleaned up a flood in June did not believe it was related to a circuit breaker malfunction. She expects related bills to continue piling up, including for foundation repair.

“We’re still displaced from our home, so our losses continue to accrue daily. Also, our homeowner’s insurance company has paid out $20,000 in claims, and they want to be reimbursed for that. The law provides that we should be reimbursed for those losses,” Van Ostrand said. “All of this is to say nothing of our pain and suffering of 13 years of flooding and being forced to flee our home for six months while my husband is fighting cancer.”

Van Ostrand said she can’t even think about moving her husband home until the basement has had a sustained period without flooding and an expert confirms all toxic mold is gone. They’re hoping to be able to move home by the end of October.

Carmel Mayor Jim Brainard declined to comment on the specifics of the lawsuit but said the city is committed to storm water issues citywide.

“The City has invested millions in storm sewers throughout the city,” he said. “There are several dozen projects underway, and we have already completed several. One in the Johnson Addition subdivision is about 95 percent complete.”

Brainard added that the city will give free consultations to residents to help determine drainage problems, but sometimes homeowners are convinced it’s the city’s fault when it might be an existing issue on their private land present when they bought the house.

“Sometimes these problems are caused by poor street drainage, but other times they are caused by drainage on private property,” he said. “The city can’t fix everyone’s private drainage problems.”

Not only does the lawsuit outline the couple’s belief that Carmel’s lack of upgrades to its aging infrastructure in their neighborhood led to repeated floods, but it also alleges that the city delayed in making repairs on purpose to benefit “development companies operated by former business associates of Mayor James Brainard.”

The lawsuit alleges that the city deliberately neglects certain infrastructure “in an effort to pressure homeowners in Old Town Carmel to sell their properties to the City of Carmel under duress,” it states.

Van Ostrand said the city has expressed interest in purchasing her home, but she and Fakehany have no desire to sell it.

“That home is where all of our memories are,” she said. “It’s where Derek and I have spent 16 of our 21 years together, and I think particularly in light of his poor prognosis the home has even greater sentimental value to me now.”

Carmel officials declined to comment on specifics of the lawsuit.