You are at:Home»Current in Zionsville»Another day at the office: Zionsville man enjoys work battling the elements in Antartica 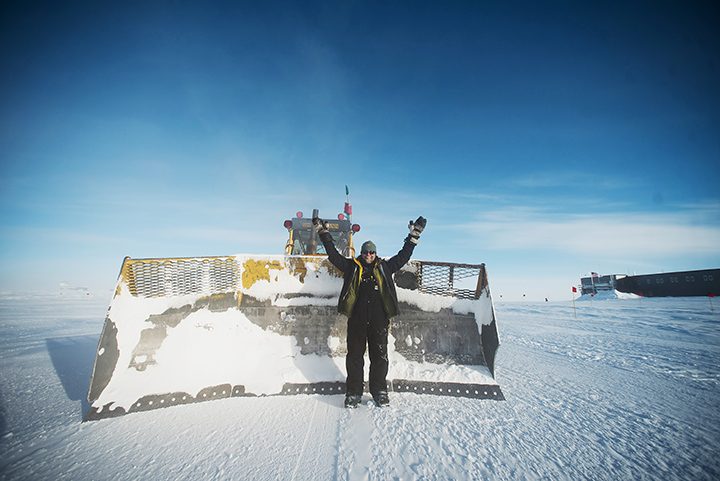 Bruce Tischbein of Zionsville pauses in front of the bulldozer he uses to clear snow in Antarctica. (Submitted photo)

Bruce Tischbein loves a good adventure and a good challenge.

He got both during a 15-month stay in Antarctica.

“I was in charge of the snow removal. You get 10- to 15-foot drifts down there,” Tischbein said. “I had to keep access for people to walk. The scientists had to get out to their buildings. It never really snows there, it blows in. So you are constantly getting drifts. That D6 Dozer was all you could do to push some of them. I never moved that amount of snow before. That was pretty intense. It would take a couple of days.”

The coldest it got was 108 below zero.

“I went out walking in it for four hours because I could,” Tischbein said. 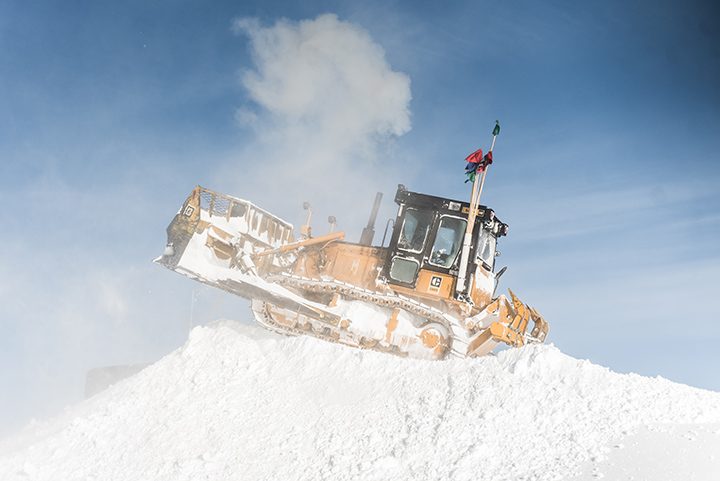 Tischbein lived in Zionsville for several months before heading out on his trip. Since returning to the U.S. in November, he’s been staying with his brother, Doug, also a Zionsville resident. Doug wasn’t surprised when his older brother took the assignment.

“Bruce said going to the South Pole fits perfectly with his adventurous side,” Doug said. “I think my first thought was here we go again. Bruce has worked for resorts in northern Minnesota and Alaska for many years in his younger years. He has followed his adventures to many locations that have been very cold for a guy who wants to retire close to a beach.”

On this adventure, Tischbein first served as heavy equipment operator at McMurdo Station, the U.S. research center in Antarctica.

“I spent a lot of time on projects for the science field,” Tischbein said.

Then he spent nine months at the Amundsen-Scott South Pole Station, situated in Antarctica.

He is going back at the end of January to the McMurdo Station for nine months.

“I want to see what that is like in the winter time,” Tischbein said.

Naming the best part of his trip is easy: the night sky. It is completely dark for six months at the South Pole.

The sun set in February and came up in September. The sun is then up 24 hours through January.

Tischbein and the other South Pole workers celebrated with a sunrise party.

“I liked the darkness so you could see the skies, but it got kind of old and you wanted to see some sunlight,” he said. “Then when the sun comes up, everyone was getting pretty happy. It changes your mood.”

There was no mail, TV or radio.

“We had the Internet when the satellite would go by for two or three hours per day, and that was it,” Tischbein said.

“In the evening, they had travelogues where people would share experiences where they traveled,” he said. “They had a math class. They had a Japanese class.”

“I read, but not a whole lot,” Tischbein said. “I tried to mingle. There were only 45 people, so we got to know everybody pretty good.”

There were eight females, most with their significant others.

There were movie nights once a week as well. They were well-fed as there were three chefs and a food supply for at least two years.

“It never gets above 50 below, so everything stays pretty good frozen,” he said. “We had steak, lobster, shrimp, all that.”

Tischbein, who is single, has three children and six grandchildren.

“I missed them, but they were all behind me, telling me to go for it,” he said. 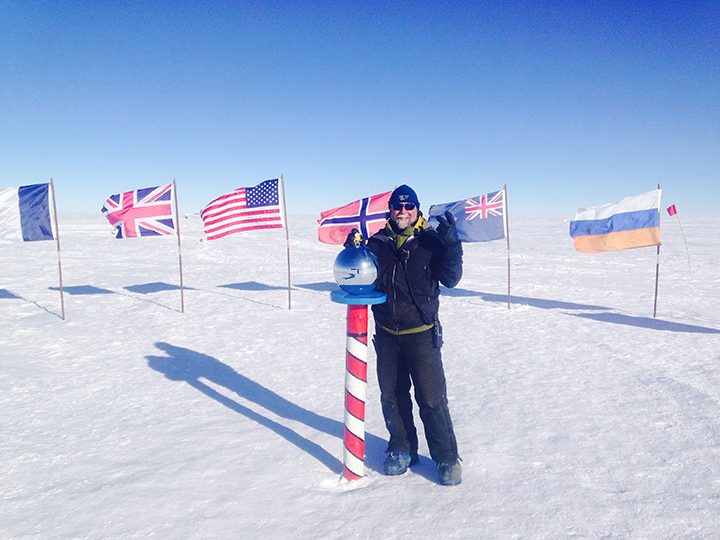 Personal: Children are Ben, Nora and Ashley. Ben and Ashley live in Wisconsin and Nora lives in Oklahoma. Mother Jane, 90, lives in Minnesota. Served in the U.S. Navy Seabees for seven years, starting his work with heavy equipment. He then began working in Minnesota, doing similar work. He became the 1,488th person to winter at the South Pole. He was given a medal, ribbon and pin to commemorate it.

Dealing with the dark: “We had classes about taking the right vitamins to supplement the sun. They gave us little sun lights, about the size of a laptop computer screen. You put them in your room and you’re supposed to look and let that sunlight get into your eyeballs for about 30 minutes every morning.”

Best book he read during stay: “I read a book my mom gave me, ‘Christmas with Tucker.’ Just a simple book about a dog, but I liked it.”

Adjustment returning home: “It took me a little time to get used to being around (more) people, so I stayed at my brother’s house for awhile.”

Toughest part: In June, two people got seriously ill and needed to leave. “We had to build a ski-way (make-shift runway) in 85 below in pitch dark for the Medevac to land,” Tischbein said. “We put 55-gallon drums with a mixture of gas and diesel fuel in it that were cut in half and placed every 40 feet to light the ski-way because we had no electric lights.”