You are at:Home»Current in Zionsville»Hoosier Village to offer Rock Steady Boxing classes 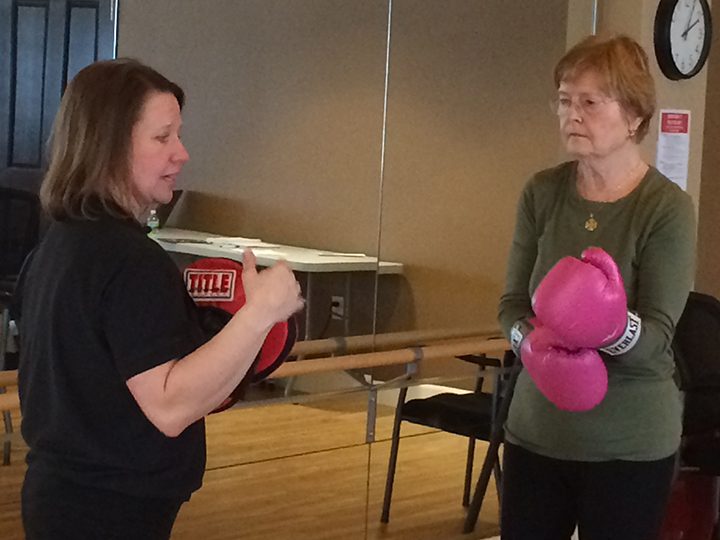 When Ellen Schemmel first heard about Rock Steady Boxing’s ability to assist those with Parkinson’s disease like herself, she wasn’t interested.

“I thought that was a guy thing,” Schemmel said. “So I never followed up on it.”

Eventually she was persuaded to see it in person, so she went along with Hoosier Village Wellness Director Krista Broshears, and she was really impressed. Schemmel began training at Rock Steady Boxing’s main facility more than a year ago.

Schemmel said she was diagnosed with Parkinson’s disease in 2013 after she turned 70.

“I’m four years older, but I feel better now than I did then,” Schemmel said.

Now, she said she can run several errands before getting worn out, unlike prior to going to Rock Steady.

Schemmel said she plans to volunteer to help at the Hoosier Village site.

Schemmel stressed that the idea is not to fight each other during training.

“Our fight is against Parkinson’s,” she said.