You are at:Home»Current in Zionsville»Traders Point Christian Schools adds staff to athletic programs 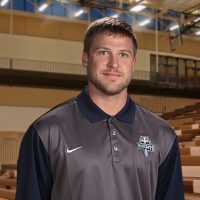 Adam Stevenson can concentrate on his duties as the high school athletic director along with his roles of director of football operations and head high school football coach.

“As the schools continue to grow, it became pretty clear (we needed) more help in terms of being able to facilitate the athletic programs with a high level of excellence like we’re expecting,” Stevenson said. “To add a middle school athletic director will allow them to get the focus that they deserve and will allow me to continue to develop our high school programs as we transition to the IHSAA tournament series at a high level.”

Traders Point will be eligible for IHSAA tournaments starting in the 2018-19 school year.

Fanning, a physical education teacher in the Warren Central school district for the past three years, had spent the last two seasons as a Traders Point High School assistant basketball coach. 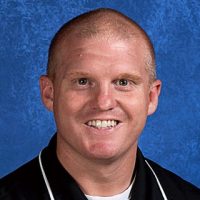 Witham Health Services will provide a strength and conditioning coach, Bryce Warkentien, for all high school athletes starting in the fall. Witham and TPCS agreed on a sponsorship deal for the school’s football stadium in October 2016. Starting in June, Witham will provide athletic training for all fifth through 12th grade programs. Future plans include adding a sports medicine physician.

“Our partnership with Witham is a blessing,” Stevenson said. “Having a full-time strength and conditioning coach as well as training for all our athletes is basically unheard of for a school of our size. We can’t wait to take advantage of that opportunity.”

Stevenson, a Whitestown resident, said the high school is attempting to launch its boys soccer program in the fall.

“We will allow girls to play on the boys team until we get to the point where we can successfully accommodate a boys and girls program,” Stevenson said. “(Lucht) is really excited about building a brand new program for a school.”

Stevenson said the enrollment is 98 students for all four classes with the goal to increase to 150 by the start of the 2017-18 school year.