Westfield High School 2013 graduate Jeremy Harle has Indiana State University to thank for what he calls “a learning experience beyond words.” 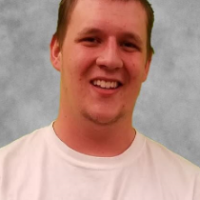 Harle and some ISU classmates were slated to compete at the recent Shell Eco-Marathon, a three-day competition in Detroit.

Shell’s Eco-marathon is an international event held annually in Europe, Asia and in North America and South America. University teams from across the nation compete in “a unique competition that challenges students to design, build and drive the most energy-efficient car,” according to Royal Dutch Shell’s website.

Harle was involved in designing the body and chassis of ISU’s vehicle. But  the car wasn’t completed on time for the competition. But the team plans to enter again next year.

“The car and team have a much better shot next year,” Harle said. “(Shell’s) Eco-marathon team at Indiana State University is a student-run organization founded by students from (different) majors.”

Over the three-day period in Detroit, teams make multiple attempts to travel the furthest on the equivalent of one liter of fuel, the equivalent of a little more than a quarter-gallon of gasoline. The cars then drive a fixed number of laps around a circuit at a pre-determined speed. Organizers calculate energy efficiency by group and name a winner in each class. Off-track awards recognize other achievements, including safety, teamwork and design.

“The car is built by the students and must meet hundreds of rules and regulations for safety and competition. The main goal for (Indiana State’s) car at the competition (was going to be) fuel economy, or miles per gallon,” Harle said.