You are at:Home»Current in Zionsville»Up with People arts camp to make Zionsville debut 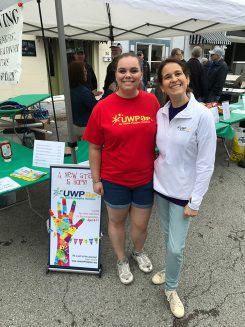 Up with People, Jr., a performing arts summer camp program, will make its Zionsville debut in July. The camp focuses on social responsibility, global awareness, confidence, purpose and diversity.

Zionsville resident and Up with People, Jr. Zionsville site director Pau Nelson began working with Up with People in 1991. During her time with the group, she traveled to 105 cities in seven countries on two continents.

Nelson said she was approached by Up with People to head the Zionsville camp because of her education background. Previously, she taught Spanish at Traders Point Christian Academy and The International School in Indianapolis.

The mission of Up with People is to build bridges of understanding among nations and cultures. It is designed for boys and girls ages 8 to 11 and focuses on leadership, equality and social awareness.

“We make them globally aware of their own self and their community,” Nelson said.

Up with People, Jr. helps spread its message through the universal language of music. During the camp, children participate in a variety of activities, including community service days and learn songs and dances from around the world, including Africa, Mexico and Germany.

“Everyone can sway to the same beat,” Nelson said.

The camp will culminate with a public performance that showcases individual talent, cultures and hope.

“The world would be so much better if kids would learn at a young age to be tolerant and to be open to different ideas and customs,” Nelson said.

Up with People, Jr., in affiliation with the Zionsville Community Schools, will run from 9 a.m. to 3 p.m. July 10 to 21 at the Zionsville Performing Arts Center, 1000 Mulberry St.