You are at:Home»Current in Zionsville»Zionsville Police Dept. K-9 back to work after recovering from accident 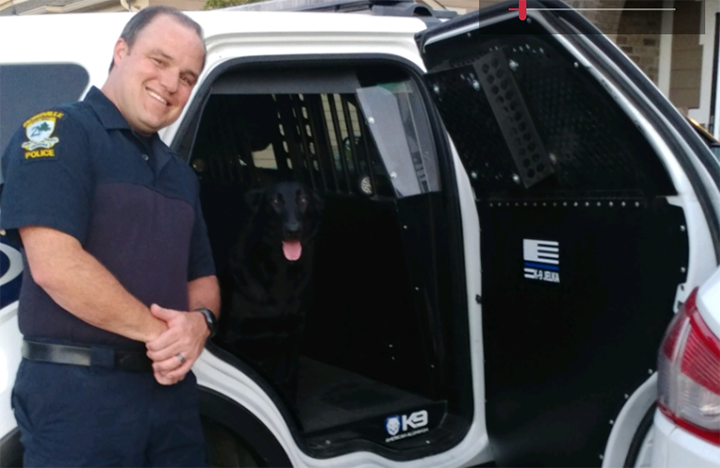 ZPD K-9 Jelka is back to work with her handler, Officer Josh Stutesman. (Submitted photo)

Zionsville Police Dept. K-9 Jelka returned to work on Aug. 22 after recovering from being hit by a truck in front of her Westfield home May 15.

The accident initially left Jelka in grave condition. She was rushed to MedVet Indianapolis where the doctors performed emergency surgery to correct a compound fracture in her leg and a hole in her abdomen. 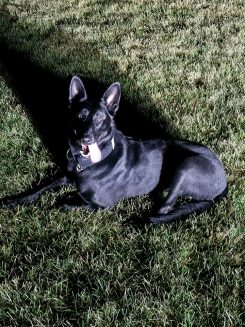 ZPD K-9 Jelka on her first day back to work after recovering from being hit by a truck. (Submitted photo)

“One of the surgeons that helped save her life informed us that once they got her back into the emergency room, she actually died for a minute to a minute and a half. They couldn’t even get her prepped because she was so seriously wounded,” said ZPD Officer Josh Stutesman, Jelka’s handler.

The 2-year-old Belgian Malinois’ determination to get back to work seemed to pull Jelka through a tough recovery process.

“Her favorite place to sit when we’re working is in the backseat behind me. She knows that is the door that opens if I need her,” Stutesman said. “On the way to MedVet she tried to sit behind me to look out the window. Even in the midst of complete tragedy she was still trying to work.”

On day 99 after the accident, Jelka was cleared by doctors to go back to work.

“Even though they believe she is OK to go back to full duty, we are easing her in to help her get her muscle built back up,” Stutesman said. “She is probably stronger than she was before the accident.”

Stutesman believes the power of prayer played a huge role in her recovery. He would like to thank members of the Zionsville community for their thoughts and donations.

“I just want to thank everyone who has prayed, donated and reached out to us in this time of need,” he said.