A new restaurant is now open in the former Cafe Patachou site that aims to provide great food, coffee and the same stellar service residents came to expect of its former occupant. 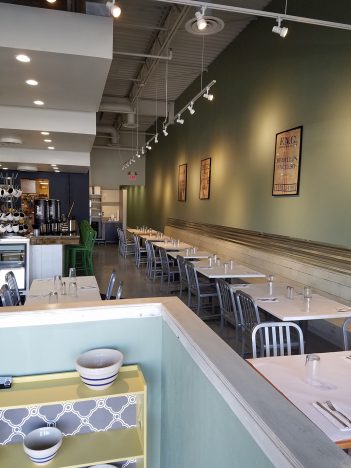 “I’m not trying to reinvent it too much. I think the neighborhood still needs a great little café, and that was my motivation in purchasing the spot,” owner Josh Hall said. “Our goal is to take it to the next level in quality, service and kid friendly environment.”

“We lost him last year and are honoring him by naming the restaurant after him. He was a World War II vet and an all-around great guy,” Hall said. “We will have a meet Rad section in restaurant with some World War II collectibles.”

Hall, a native Hooiser, is a graduate of Culinary Arts at Harrison College and spent the last 10 years as executive chef split between, most recently, Marriott North at Keystone Crossing and Peterson’s.

“I have a love for good, local and fresh food,” Hall said. “Everything will be scratch made in house. Classic breakfast and sandwiches with a chef’s twist.”

Rad’s menu is small but diverse. It includes traditional breakfast fare such as biscuits and gravy with pork, turkey and veggie gravy options, omelets and oatmeal. Trendier options include acai bowls and avocado toast.

“My plan is to let my customers influence the menu and evolve it thorough great specials,” Hall said. “I have been known for great soups my entire career, and that won’t change here.”

Rad’s will seat 40 inside with a patio for an additional 24 guests. Hall said response from the neighborhood has been positive.

“It seems that everyone is very excited for our opening,” he said. “My goal at Rad’s is first to have fun. We want to enjoy being a part of this amazing community.”

While Hall hopes to open other Rad’s locations down the road, but his goals at this point are simple: “Succeed here and worry about the rest later.”