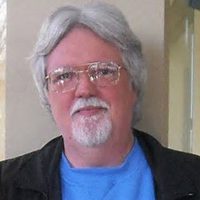 “Greg talks all over the country, although he lives in Tennessee,” said Terry Cross, vice president and program chairman for the roundtable. “He does what are called Civil War rides. He’ll take groups of people around various battlefields and gives them the details of the battles. He’s very active doing that, so we’re very fortunate we were able to get him.”

“He will be speaking about the confederate cavalries led by (Nathan) Bedford Forest,” Cross said.

The group of approximately 35 history buffs meets once a month, eight months out of the year.

“The people involved in the roundtable are pretty knowledgeable people,” Cross said. “They’re just trying to learn more about why the war happened and how the war was fought.”

Doors open at 6:30 p.m. A small business meeting will precede the presentation.

“We have a book raffle so we can make a few bucks and deliver other pieces of information,” Cross said. “Usually, the speaker will start around 7:20 p.m., and we ask they be finished no later than 8:30 p.m.”

Even finishing the meeting at a certain time has historical significance.

“There is a nice gentleman there who is the custodian that has made over 100 jumps out of aircraft as part of the 101st Airborne Division,” Cross said. “We don’t like to keep him. We want him to get home as soon as he can.”