You are at:Home»Current in Geist»Geist Cover Stories»‘The Old Man and the Sea’: Luis Oliva, Theater at the Fort present first in-house production 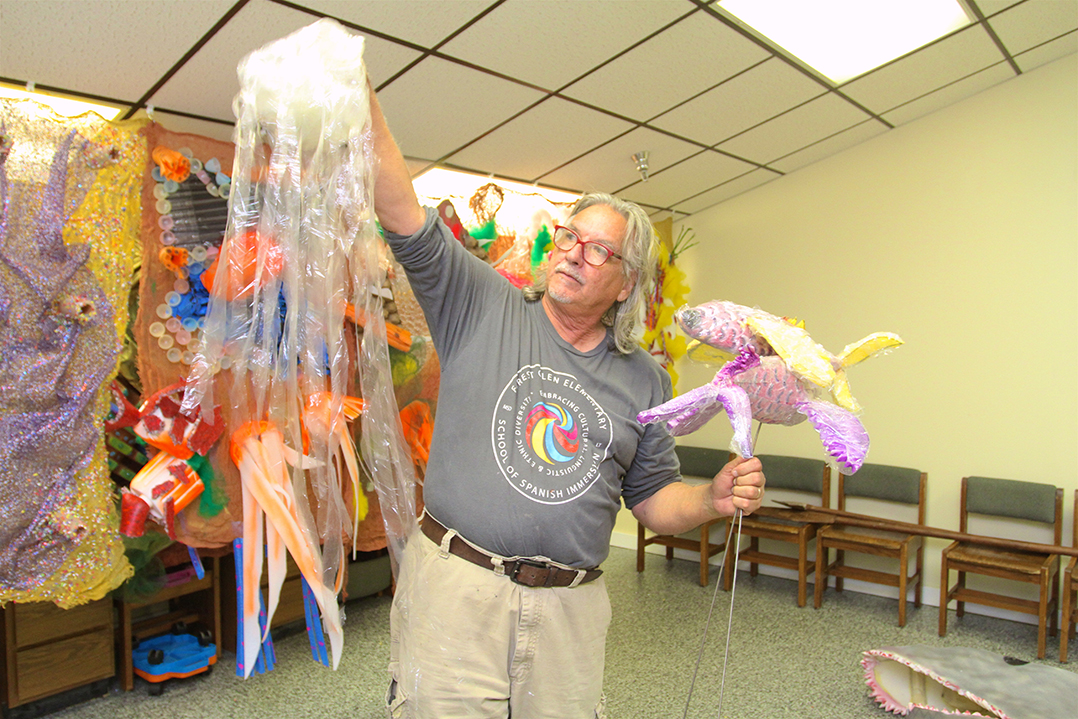 Luis Oliva and Arts for Lawrence will present “The Old Man and the Sea” in November. (Photo by Sadie Hunter)

Commensurate with the 100th anniversary of the beginning of Ernest Hemingway’s writing career in 1917 with the Kansas City Star newspaper, Arts for Lawrence and the Lawrence Players will present its production of “The Old Man and the Sea,” a Pulitzer Prize-winning Hemingway novel, in November with director Luis Oliva at the helm.

Oliva, who adapted the novel for the stage and also is playing the character of the old man, Santiago, said this is the first time in history the story has been a theatrical production.

“Nobody has done this in theater,” Oliva said. “There’s a movie and a cartoon for kids, but nobody has done it on stage because there’s not too much dialogue. So this is the first time in the world.”

“The Old Man and the Sea’ was written in 1951, and (Hemingway) was living in Cuba at the time,” said Judy Byron, executive director of Arts for Lawrence. “So all of this is set in the Caribbean, and the old man is kind of feeling like a has-been. He has a relationship with a little boy (Manolin) whose dad doesn’t want him spending time with a tired old man, and he keeps telling, as a fisherman, stories of these big fish.”

Although most of the acting in the production is the reliving of a memory for the old man, the character does go out to sea.

“He catches the big swordfish, and then the sharks come,” said Byron, who read the book in ninth grade for school. “This production is the first that is actually ours. It’s all set to live chamber music that was written specifically for this show by a Butler (University) composition student, Sean Szolek-Van Valkenburgh.”

Most of the set decoration is made from materials that might be found in a recycling bin, such as carpet padding, egg cartons, plastic sheeting, plastic Easter eggs, rubber foam and more – all creating coral reef, water, shark, jellyfish and fish puppets.

Oliva said he has been working on props since June but that the idea for the stage production has been in his mind for at least two years.

“I hadn’t been in the United States very long. This is my third year,” Oliva said. “Ernest Hemingway was an adventurer, so I decided to take this adventure. What I know to do is theater, so I said myself, ‘This is the opportunity to do one crazy thing. Why not?’ So I came to (Byron).”

“The only dialogue is from the character of the boy, but the rest is thoughts,” Oliva said.

Manolin is played by sixth-grader Kye Benford, a student of Oliva’s at Forest Glen Elementary, where Oliva teaches drama.

Opening night of “The Old Man and the Sea” is Nov. 17, which also is the date for Arts for Lawrence’s annual gala.

“We’re going to have a Carribbean-inspired dinner at The Sterrett Center next door with a red-carpet entrance into the theater for opening night,” Byron said.

Each year, Arts for Lawrence programming is partially supported by a grant from the Arts Council of Indianapolis. This year, the $5,000 grant funded the production of “The Old Man and the Sea.” 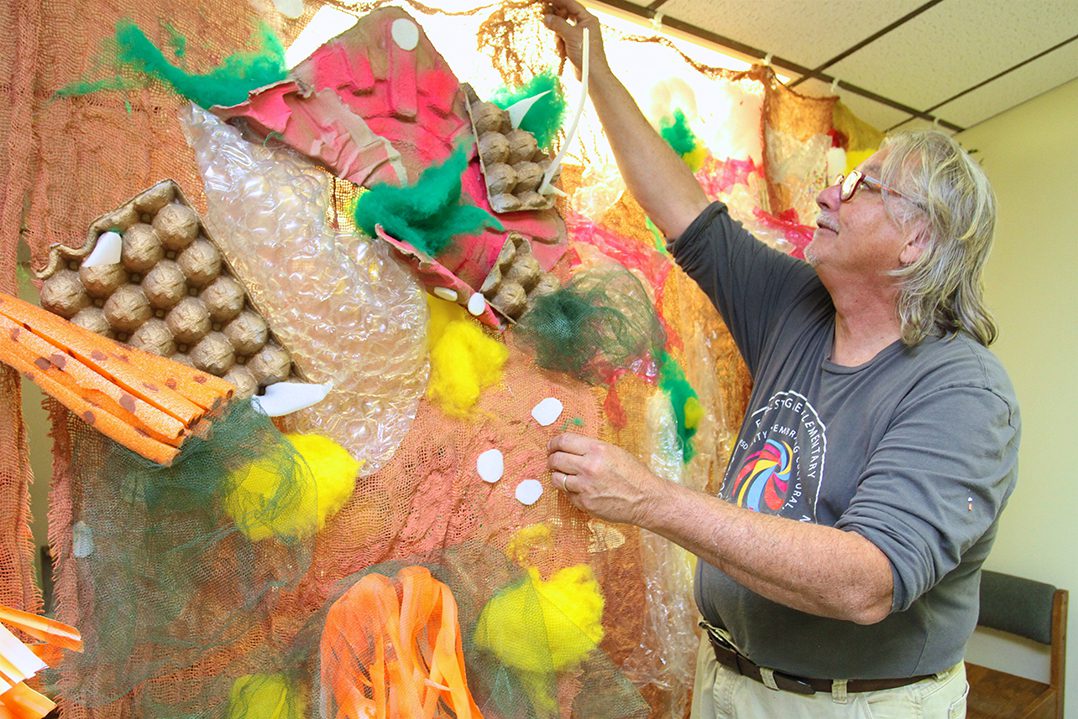 Originally from San Juan, Puerto Rico, Luis Oliva has spent his life and career performing as a mime and in the theater. For 47 years, Oliva performed as a mime in Puerto Rico and Paris before moving to Lawrence. In Paris, he worked 10 years with famed mime Marcel Marceau and was in the circus for three years.

In Lawrence, Oliva is the drama teacher at Forest Glen Elementary, where he teaches circus, miming and acting to students in kindergarten through sixth grade, approximately 800 students in total. He also works with the Indianapolis Arts Council to put on workshops.

Oliva has lived in Lawrence for three years with his wife, Ita Garcia.

What: Join Arts for Lawrence for its annual gala with music, food and wine at the Sterrett Center, before heading to Theater at the Fort for the opening night of “The Old Man and the Sea.”