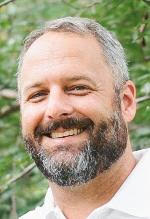 “We were looking for a good activity for the team,” said Thomas, coach of the Westfield High School boys and girls and boys swimming teams. “One of our parents, Molly Cameron, is really into independent films and knew about it. We thought it was a great thing for the team to see. It’s a great story about perseverance.”

“The Last Gold” documentary is the story of the U.S. women’s swimming team, which competed against East Germany in 1976 and upset the East Germans in the final race (400 relay) of the Olympics. The East Germans were later found to be involved in a massive state-run doping program.

The documentary is set for at 6:30 p.m. Jan. 16 at the Keystone Landmark Art Cinema at Keystone at the Crossing in Indianapolis.

The screening is open to the public.

“The East German women won 11 of the 13 events,” Thomas said. “Revelations came out a decade or two later about why they were so dominant and the systematic doping.”

Thomas said the U.S. media was questioning at the 1972 Olympics why the American women hadn’t won. Some of the American swimmers were criticized as poor sports for speculating the East Germans were using steroids.

“The positive of the story is how these four women banded together and fought for each other and at least won this final race of what turned out to be a tainted Olympics,” Thomas said.

The documentary also exposes the many health problems the East German women have endured because of the performance-enhancing drugs.

“As a swim coach I want the story of perseverance and always fighting no matter how bad things look,” Thomas said. “But the flip side is to caution these young athletes and their families that there are more important things than winning, and winning at all costs is not a good answer.”

Westfield Aquatics has a deadline of selling approximately 90 more tickets by Jan. 8 for the screening time to be secure.

Tickets are $13. For tickets, visit tugg.com/events/the-last-gold-86w5.