You are at:Home»Lifestyle»Travel»Column: Brunelleschi’s Dome in Florence 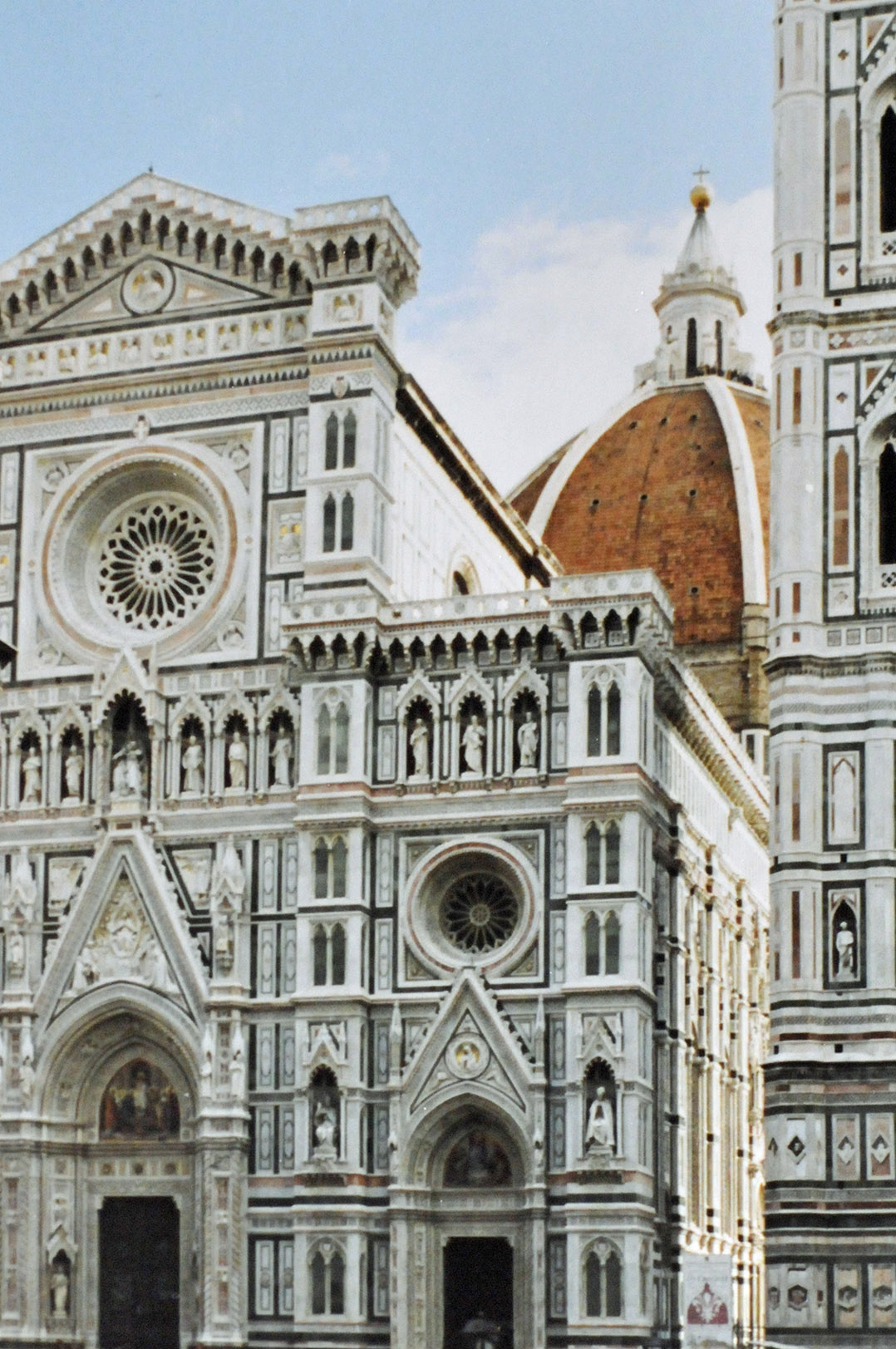 Cathedral of Saint Mary of the Flower in Florence, Italy (Photo by Don Knebel)

The Cathedral of Saint Mary of the Flower in Florence, Italy, is one of Europe’s most famous cathedrals. Its remarkable dome reflects the ingenuity of a Florentine goldsmith.

By the 13th century, Florence, made rich from foreign trade, had become one of the most important cities in Europe. In 1294, to accommodate Florence’s growing population and growing hubris, its city council approved an innovative design for an ornate cathedral with a 150-foot wide, elongated dome perched on a 180-foot tall octagonal base. No one at the time knew how to erect such a dome, but the Florentines were confident that someone would solve that problem during the 140 years they expected the cathedral’s construction to require.

By 1418, everything but the dome was finished, and no one yet knew how to build it. There was not enough wood in Tuscany for the traditional method of building a dome over a form.  Filippo Brunelleschi, a goldsmith and sculptor with no architectural training, won a competition for a design not requiring an underlying form. Using models, he convinced skeptics that an eight-sided interior dome could be constructed from bricks, laid one row at a time in a herringbone pattern, with each row then supporting another slightly shorter one above.This interior dome could then support an exterior dome, also made of bricks.

Brunelleschi began building his dome in 1420. Because the mortar in each row of bricks had to harden before the next row could be laid over it, only one row of bricks could be laid per week, requiring 16 years to complete the dome. Today, Brunelleschi’s dome, topped with a lantern 376 feet above the ground, remains the largest masonry dome in the world. Brunelleschi, who is buried in the cathedral, never revealed all of his construction secrets, some of which remain a mystery.