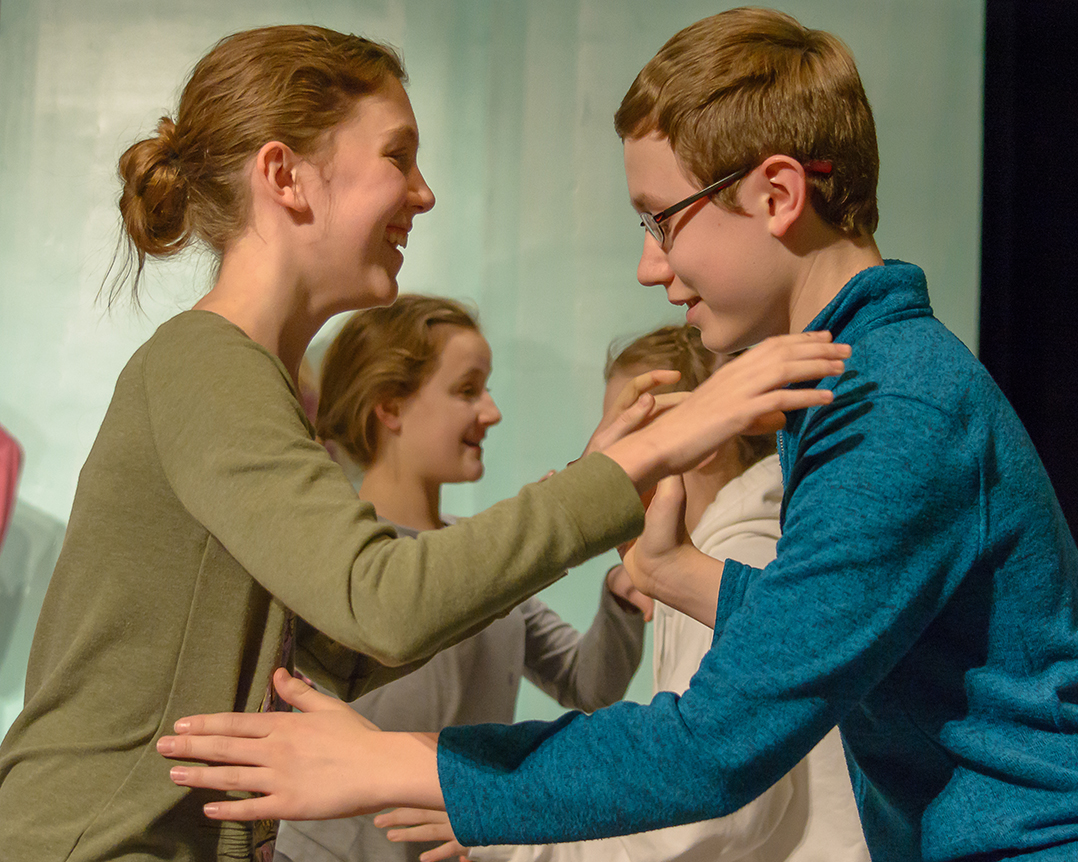 With a litany of familiar songs ranging from “76 Trombones” to “Ya Got Trouble,” the student production of “The Music Man” will be at ZWMS March 9 and 10.

The family friendly musical is set in the quiet Iowa town of River City in the early 20th century.

“The people of River City fear what they don’t know,” director Lynne Manning said. “A stranger coming to town is the catalyst for change.”

The stranger is played by eighth-grader Jake Stevenson, who describes his character, Harold Hill, as “a charming con-man” who convinces the town residents to invest in a marching band.

The company includes 63 middle school students working on and off stage. Stevenson was part of the backstage crew last year, giving him an appreciation for all aspects of theater and the importance of everyone’s job.

“We wouldn’t be able to do anything without them,” he said of the crew. “It’s such a great opportunity. A lot of middle schools don’t have a theater club or one as good as we have. We’re really lucky.”

“Music can change your life,” she said.

Kistner, the daughter of two music teachers, has been singing and performing since age 3.

“It’s always been a part of my life,” Kistner said.