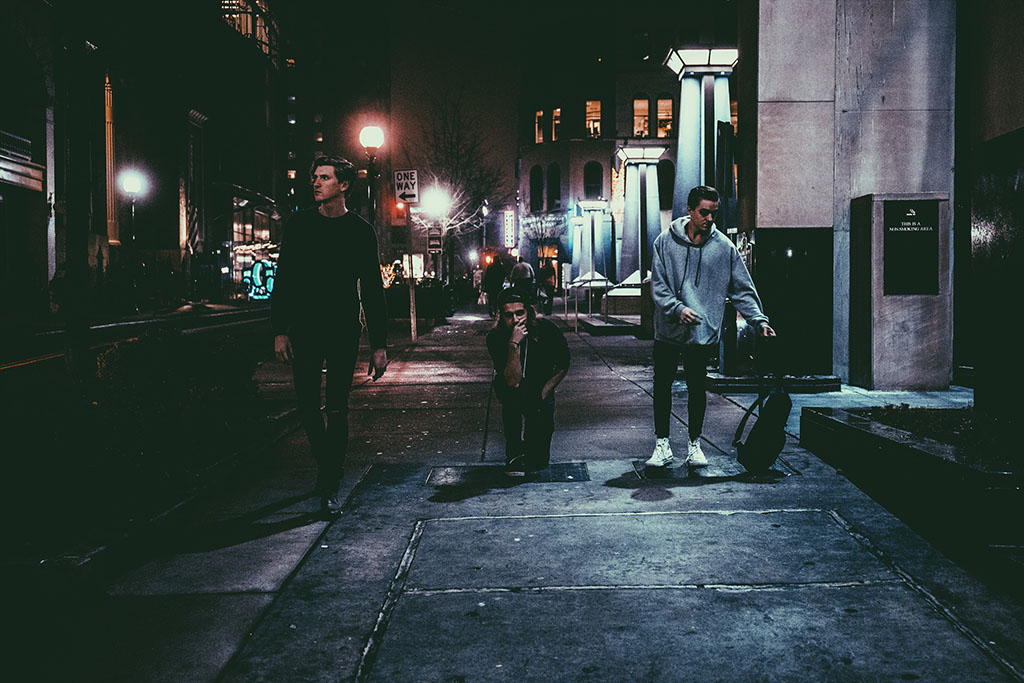 From left, Clayton Collins, Dalton Wixom and David Lehr of the band The Boulevard recently released a song inspired by the school shooting in Parkland, Fla. (Photo by Rachel Greenberg)

After reading about the Feb. 14 school shooting in Parkland, Fla., Wixom said he felt sick of gun violence and the only thing he could do was write. He went into the basement of the band’s Nashville, Tenn., home and finished the song within two hours.

“We really hope it can reach anybody that’s been affected by it or feels even a little bit the same way we do about it,” he said. “We didn’t really have any expectations for releasing it or any major plans with it, but we figured if it could change anyone’s mind or (for) anyone who is indifferent about the topic, persuade them to want to do something or make a change or at least get it stuck in somebody’s head. It is a serious issue and it should be something they’re taking not lightheartedly.”

In just one week, the band recorded and mixed the audio as well as produced a music video.

“It just kind of came together very organically,” Wixom said. “We just had fun and tried to make something simple that had a really good message behind it.”

Lehr said he believes there should be stricter regulations regarding AR-15 and other assault weapon purchases to prevent senseless violence and Collins said there should be more consistency between background check requirements at the state and federal level.