You are at:Home»Current in Carmel»Carmel Community»Residents line up for first Sunday of legal alcohol sales in Carmel 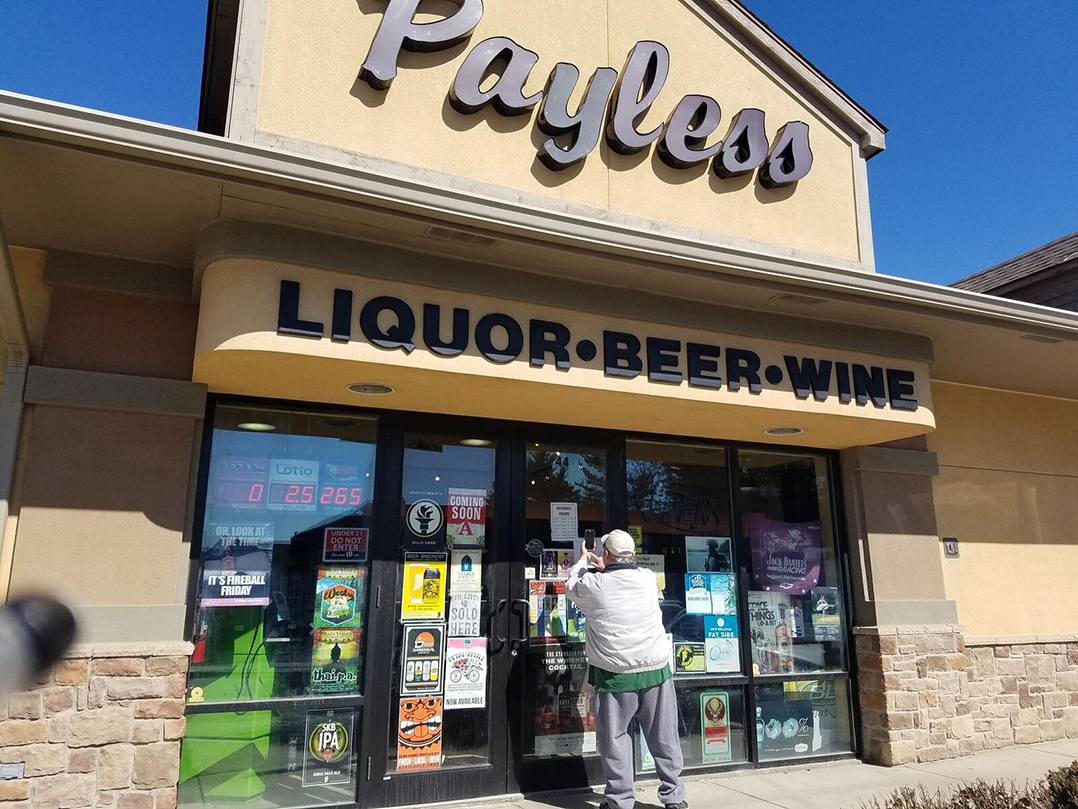 William Yates, the first customer to shop at Carmel’s Payless Liquors on a Sunday, takes a photo of the store hours, which did not yet include the Sunday hours. (Photo by Maria Cook)

Legal Sunday alcohol sales begin at noon March 4 in Indiana, and several Carmel residents lined up outside of Payless Liquors on Range Line Road to be among the first to take advantage of the new law.

First in line was 65-year-old William Yates, who has lived in Carmel since the 1970s. Although he mainly considered his wait in line “something to do,” Yates said he was excited for legal Sunday sales to begin.

“I’m going to take my receipt and frame it and hang it on my wall,” he said.

Before Gov. Eric Holcomb signed the new law, carryout alcohol sales had been illegal on Sundays in Indiana since Prohibition. Citing a mix of business and religious reasons, Indiana lawmakers had long shied away from the idea of legalizing Sunday sales, leading some to believe that it would never happen.

Yates said he thought the idea of outlawing alcohol sales on certain days “started off innocently,” with people wanting to “change society for the better.”

Indiana’s new law might have ruffled some feathers, but Yates isn’t worried that lawmakers will try to restore Indiana’s ban on Sunday carryout sales.