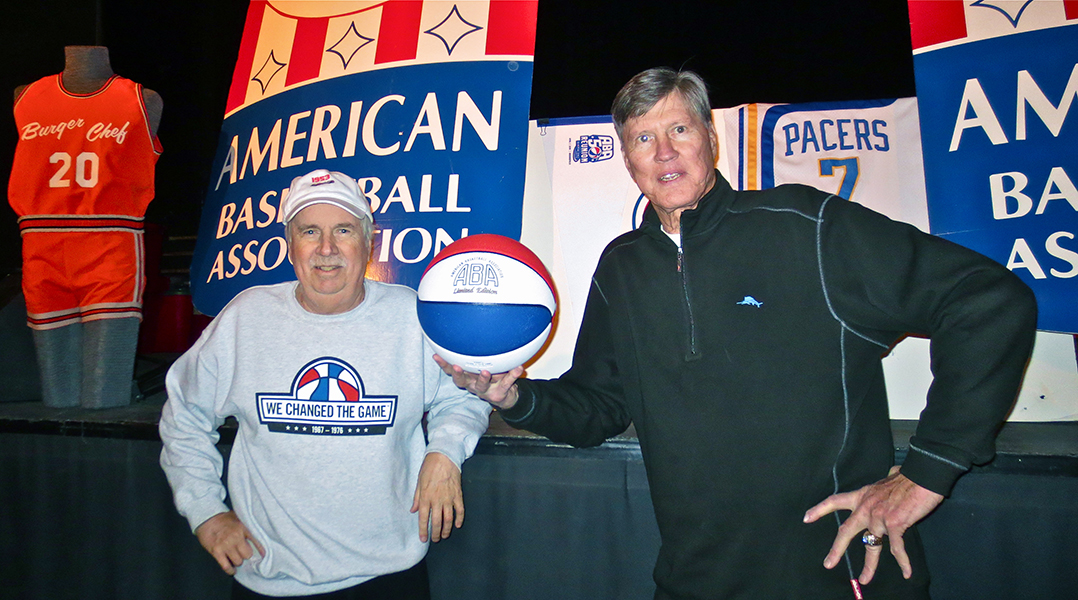 It started with a little reminiscing about glory days with two old friends.

Bob Netolicky, better known as “Neto,” was a member of the Indiana Pacers in their inaugural 1967-68 season in the American Basketball Association. Dick Tinkham was one of the Pacers’ original co-owners and legal counsel for the team. Tinkham served on the merger committee. The ABA folded in 1976 and the Pacers were one of four teams that merged into the NBA.

“Dick and I were talking four or five years ago,  and a book had come out about the ABA, and he said none of this is right,” said Netolicky, who was a longtime Carmel resident before moving to Noblesville in 2013. “He said it’s all hearsay or third person. He started telling me some stories that I had never heard.”

One story in particular that Netolicky had never heard was that if the Pacers had lost a seventh game in a first round playoff series against Kentucky in 1969, the team would have folded the next day. Instead, the Pacers won that game and another round to reach the finals and were able to gain more investors.

“I was shocked,” Netolicky said. “He kept saying we got to write a book and tell what really happened.”

Tinkham said he didn’t want to write a book like all the other ones on the ABA, which he described as long, drawn-out press clippings of games.

“He said, ‘Let’s have some fun and tell the real stories,” Netolicky said. “We started with two or three different writers, and it just dawned on me that Robin was with us since Day 1. He started out as a cub reporter with the team in ’69.”

As a young reporter at The Indianapolis Star, Miller often traveled with the team and wrote features. Netolicky nicknamed him “Jimmy Olsen,” the young reporter on “Superman.”

“So, after about four years, we have a book,” Netolicky said. “It’s a fun read. Dick was worried about stepping on people’s toes, but I said, ‘Dick, everyone is dead.’”

There are of course some stories about Bobby “Slick” Leonard, who took over as Pacers coach in the second season and guided them to three ABA championships. Leonard, a Carmel resident, is a longtime Pacers radio broadcaster.

Netolicky said Leonard was known for his colorful language.

Among those endorsing the book are broadcaster Bob Costas, who started his career broadcasting the Spirits of St. Louis.

“There’s something about the ABA, the Coliseum, the red, white and blue ball and how Indianapolis embraced the Pacers,” Miller said. “That was the first team our city ever embraced. People have such a soft spot in their heart for the ABA, especially the Pacers, that it transcends time. From my perspective, it’s a history about the Pacers claimed. The city got its makeover, thanks to the Pacers.”

Ten percent of the book’s proceeds benefit the Dropping Dimes Foundation, a nonprofit that assists former ABA players and their families.

For more, visit wechangedthegame.com. The book is available for purchase on Amazon.com and Hilton Publishing (hiltonpub.com).

There is a 50-year reunion of ABA players set for April 7 at Bankers Life Fieldhouse. Costas serves as the emcee. For more, visit droppingdimes.org.