You are at:Home»Current in Fishers»Fishers Community»FHS service club wins competition 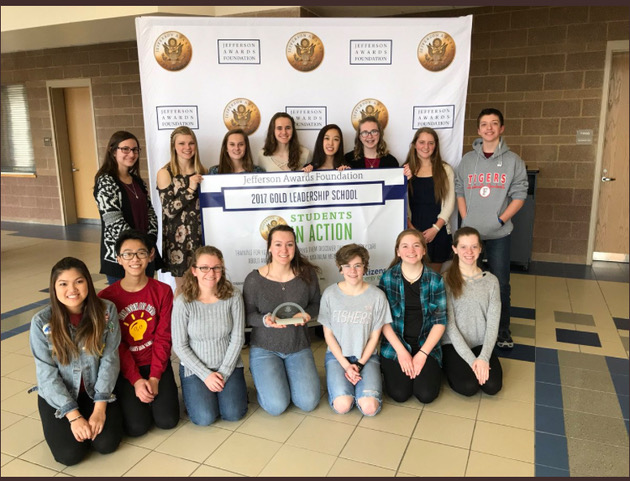 “Students in Action is a student-run community service club in which students create their own projects based on their own passions and the needs of the community around them,” senior Olivia Strobel said. “They lead the projects themselves.”

The club debuted in 2016 and has already completed more than 10 service projects, including collecting 5,300 cans of food for the hungry in Hamilton County; donating nearly 6,000 books to veterans and local schools; creating 103 care packages for the Indianapolis homeless; sending nearly $8,000 and 100 items to hurricane-ravaged Puerto Rico; and making 465 art kits for patients at Riley Hospital for Children.

The winning HSE students advance to the national competition July 27-29 in Washington, D.C.

The students describe how their particular club is structured and then discuss their service projects.

“We are set up like a nonprofit business, so we have our six on the board and then we have committee directors that run the projects,” junior Grace May said. “Then they have their committee underneath of them. It gives us the experience of how a nonprofit works in case we want to go into that area later. We talked about our different projects and what we’ve learned from them.”

Club members aren’t slowing down. They have already completed one service project for next year and have several others planned.