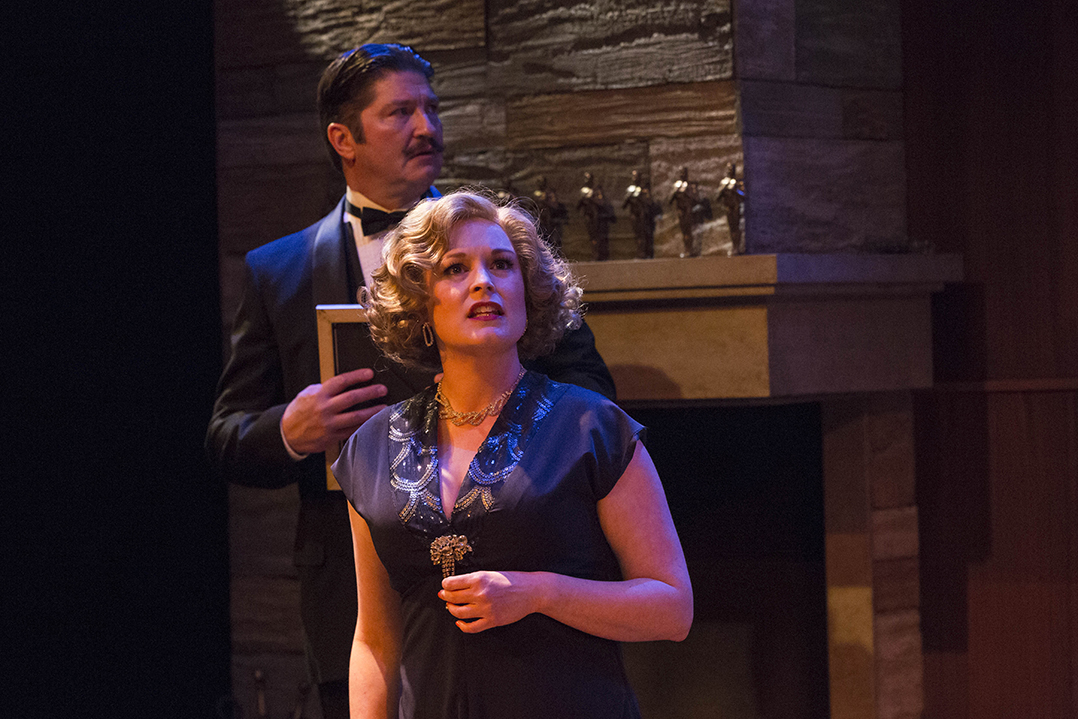 Carrie A Schlatter and Steve Kruze perform in Civic Theatre’s “And Then There Were None.” (Submitted photo)

“And Then There Were None,” the Studio Theater, the Center for the Performing Arts, Carmel.

The Civic Theatre presents one of Agatha Christie’s darkest tales and a masterpiece of dramatic construction. Its growing sense of dread and unfaltering tension will keep you guessing to the very end.

“Among the Trees,” the Palladium, the Center for the Performing Arts, Carmel.

The Indiana Wind Symphony presents accomplished pianist Kelleen Strutz in performing music inspired by the magnificence and beauty of trees. She will be featured in Gershwin’s “Rhapsody in Blue.”

Nominated for five Tony Awards, the musical weaves an enchanting tale of love, laughter and friendship as ABBA’s greatest hits tell the hilarious story of a bride’s search for her birth father on a Greek island paradise.

The Dance Kaleidoscope presentation includes pieces by nine choreographers, all inspired by the music of their favorite male singers or groups. Seven of those choreographers are DK dancers.

Called the funniest farce ever written, this Main Street Production presents a manic menagerie as a cast of itinerant actors rehearse a flop called “Nothing’s On.” Doors slamming, on and offstage intrigue and an errant herring all figure in the plot of this hilarious and classically comic play.