You are at:Home»Current in Zionsville»Zionsville Community»Meet the 3 candidates seeking to become Boone County’s next circuit court judge

Three candidates are seeking the office of Boone County Circuit Court Judge, an office that has opened up with Judge Jeff Edens deciding not to seek re-election. 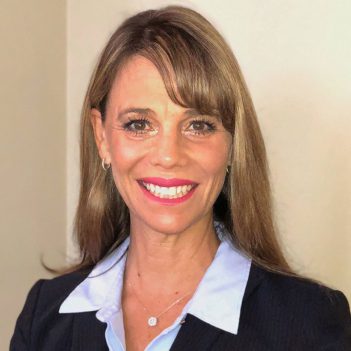 How did your family end up in Boone County? My husband grew up in Boone County and is a 1988 graduate of Zionsville Community High School. The Schein family has resided in Zionsville since the 1970s. Rob and I moved back to Zionsville after having two of our four children so that we could be closer to family.

Why do you want to run for elected office? I am running for the position of Circuit Court Judge because I want to make a positive impact on our community.

What are your top priorities if elected? My top priority is to run an efficient and fair court with an emphasis on being firm with habitual criminals. I will participate in community discussions related to the opioid epidemic and I will use the position as judge in any way I can to help stem the crisis of drug abuse in our community.

What are the biggest issues facing the Boone County residents that your office can impact? The biggest issue is the ongoing opioid crisis. We need to get tough on habitual criminals who are in and out of our jails and who are distributing and abusing these drugs. We need to focus our attention on prevention with additional education and treatment for children, and we need to get children out of homes where drug abuse is occurring.

What are your qualifications to run for this office? I have been an attorney since 2003. I have civil litigation experience and criminal law experience. I was a deputy prosecutor in Boone County for several years, and I worked in the Boone Circuit Court as a juvenile deputy prosecutor. I am the mother of four children and I understand the challenges families face day in and day out. I like people and I care about what happens to my fellow residents. I will listen with an open mind and will not pre-judge any case.

What changes do you hope to bring about if elected? I would like to continue working with our local schools to address drug problems with children and to emphasize greater and earlier education to young people on the dangers of drugs. I would like to bring back a Teen Court as an effective problem-solving court for young people. As a judge, I would hope to work with other elected officials and community leaders to address the opioid crisis.

Favorite local restaurant: So many great choices, but either Rush on Main or Noah Grants.

Favorite movie: Tie: “Gone With The Wind” and “The Shawshank Redemption.”

Favorite quote or motto: “For I know the plans I have for you,” declares the Lord, “plans to prosper you and not to harm you, plans to give you hope and a future.” Jeremiah 29:11.

Favorite vacation: Turks and Caicos or anywhere with a beach.

Something you would like readers to know about you: I love meeting new people, and I think everyone has a story to tell.

Something most people do not know about you: I was in Berlin, West Germany on Nov. 9, 1989, when the Berlin Wall came down. Long story. 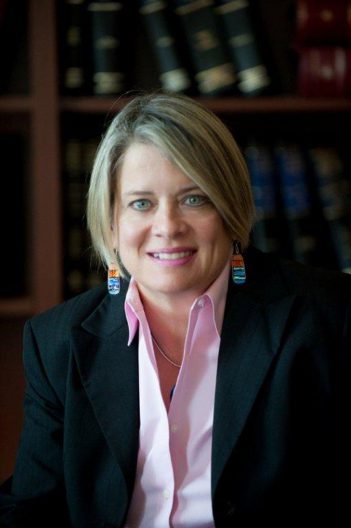 How many years have you lived in Boone County? 20 this August

How did you and your family end up in Boone County? My parents moved to Boone County in approximately 1981. When my husband and I decided to move back to Indiana, his office was in Tippecanoe County and I thought I would practice law in Indianapolis, which I did for a couple of years.

Why do you want to run for elected office? In my time practicing in the Boone Circuit Court, Justice (Steve) David and Judge (Jeff) Edens have run the court well and are both respected for their service on the bench. I have been a family law attorney for 17 years and I want the bench to continue to be respected and to have a judge that is well-versed in family law issues. The court is a court of general jurisdiction, meaning it hears all types of cases. This court, however, is the only court in Boone County that hears juvenile delinquency, Children in Need of Services and paternity cases. Many attorneys file divorce cases in this court. In addition, I have represented many families who have been injured due to the opioid issues. As the judge in this court, I hope that I can help the families who are facing this catastrophe. My experiences in family law and the experience I received as the Judge of the Lebanon City Court are well suited for this court.

What are your top priorities if elected? As a judge, my responsibility is to apply the law to the facts of a case and render a fair decision. I will do that in any case in which I serve as judge.

What are the biggest issues facing Boone County residents that your office can impact? As an attorney, I have worked with numerous families that are affected by: 1) one or both parents having a felony on their record; 2) the use of illegal substances; 3) divorce; 4) children born out of wedlock; 5) guardianship issues; 6) grandparent visitation; 7) college issues, and; 8) almost any other legal issue that a family may have to face. These are the issues that affect the most Boone County residents.

What are your qualifications to run for this office? I have been married to my husband Jim for 37 years and raised 3 successful daughters. I have practiced law for 17 years and served as judge of the City of Lebanon Court.

What is your favorite thing about Boone County? The volunteers we have in the community and the opportunities we have to volunteer.

What changes do you hope to bring about if elected? A judge is limited in bringing about change. But, as judge of the Boone Circuit Court I promise that I will treat everyone who comes into that court with respect, courtesy and as a person who has the potential to make a positive contribution to our community in Boone County.

Favorite local restaurant: Fortunately, there are many restaurants in Boone County that could be called my favorite depending on which city/town I eat in.

Favorite movie: “An Affair to Remember” with Deborah Kerr and Cary Grant.

Favorite quote or motto: “I can do all things through Christ who strengthens me.”

Something you’d like readers to know about you: I enjoy adventures: skydiving, snorkeling, mushing dogs, flying a fighter plane, snowmobiling through Yellowstone and zip lining are just a few adventures I have been able to experience.

Something most people don’t know about you: In 1981, I ran and finished the Dallas Marathon 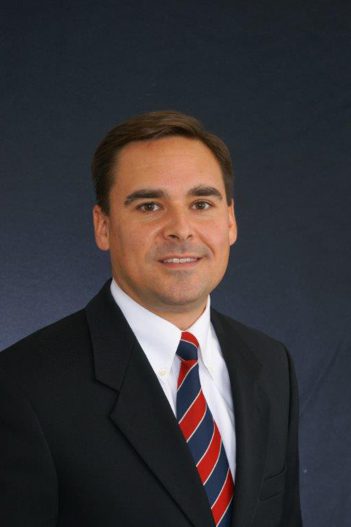 How many years have you lived in Boone County? 40 years

How did you and your family end up in Boone County? My mother and father moved our family to Lebanon when my father became the pastor at the First Presbyterian Church in Lebanon.

Why do you want to run for elected office? It has been my great honor and privilege to serve the people of Boone County as their elected prosecutor for over 15 years. It is now time for me and my family to turn the page and start on the next chapter of my career in public service. I believe I have more to offer the people of Boone County, but need to do so from a different perspective. That said, upon learning that current Circuit Court Judge Jeff Edens was not going to run for re-election, I decided the time was right for me to run for the office to become Boone County’s next Circuit Court Judge. In doing so, I leave behind a job I love, that of being prosecutor, but I am excited for the future and what I can do as judge to help Boone County accomplish great success.

What is your previous political experience?

What are your top priorities if elected? Boone Circuit Court maintains jurisdiction over criminal, civil and juvenile cases. With my background in both the civil and criminal practice of law, along with my work in the juvenile court and with DCS family law, I have the experience to lead Boone County Circuit Court as judge. I believe that competing differences can and must be resolved in a court of law in a civil and respectful manner and ensuring that happens will be a priority of mine as judge. I believe I have a clear understanding of the Boone County justice system and the values important to the citizens of Boone County. With over 21 years of experience working in the Boone County justice system, under my leadership, the people of Boone County will know that as their Circuit Court Judge I will prioritize the fair, efficient and diligent administration of justice, the protection of all litigants’ rights and holding criminal offenders accountable.

What are the biggest issues facing Boone County residents that your office can impact? One of the areas where the Circuit Court Judge can have the most impact in the community relates to the court’s involvement with our community’s children and their families in both juvenile delinquency cases and child in need of services cases. I have seen firsthand, as prosecutor, where the Circuit Court judge’s involvement with the families and children involved in these cases has had a positive impact in their lives and in turn on our community. It is so important to be engaged in the lives of our community’s at-risk youth as early as possible. I am a strong advocate for the children of Boone County, hence my work in founding Sylvia’s Child Advocacy Center, and as the Circuit Court Judge, I will be dedicated to working with the families and children of our community, as well as those individuals who serve their best interests, to see that they are provided with the programming and services they need to support the children of our community in order to help them become productive members of society.

What are your qualifications to run for this office? For my campaign I developed a David Letterman style top 10 list outlining my career highlights and achievements that qualify me to be the next Circuit Court Judge. It is as follows:

What changes do you hope to bring about if elected? I don’t believe bringing about “change” is a big part of my candidacy for Circuit Court Judge. I say this because the people of Boone County have been blessed with top quality Circuit Court Judges who have done an outstanding job presiding over the court. I can say this about change though, Boone County will experience a great deal of change over these next five to 10 years and during this period of change I will do my best to represent the people of Boone County as their Circuit Court Judge and will make certain that the legal challenges I may be faced with as judge will be resolved in a fair and efficient manner, according to the rule of law, in order to ensure that justice is always served.

Favorite local restaurant: We’re lucky to have so many good local restaurants to choose from, so this is tough. I’m a big fan of Mexican food, so I’d have to say El Jaripeo in Lebanon and the Salty Cowboy in Zionsville.

Something you’d like readers to know about you: I’m an avid golfer, and this year I have the pleasure of coaching the Lebanon Middle School boys golf team that my son Toby is on.

Something most people don’t know about you: Aside from sporting events, I don’t watch a great deal of TV, but I do enjoy watching “This Old House” on PBS and HGTV and then trying my hand at some of the home renovation projects I’ve seen on those shows.