You are at:Home»Current in Geist»Geist Community»Lawrence firefighter dies while on duty 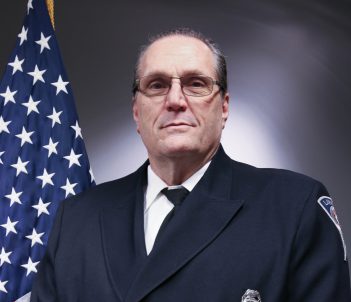 The City of Lawrence this afternoon announced the death of a Lawrence Fire Dept. firefighter.

Jeffrey Holt, 60, died just after 10 a.m. today, April 30, after suffering what is believed to be a cardiac issue. At the time of the incident, Holy had just completed annual physical assessment training, coordinated by the department and required for all firefighters.

While still at Lawrence Fire Station 38 at4450 McCoy St., Holt suffered the medical episode. City officials said in a statement that medics and firefighters on the scene attempted to revive Holt immediately, and he was transported to the Indiana Heart Hospital, where he was pronounced dead.

Holt was hired as a full time Lawrence firefighter in 1996. During his career with the LFD, he served as an Engineer, Lieutenant, Division Chief of Training and a Deputy Chief of Operations. At the time of his death, he was assigned to the engine company at Lawrence Fire Station 36, anticipating his retirement.

The LFD has 83 full-time firefighters and 15 full-time medics on staff. LFD Chief Dino Batalis said this is the first firefighter line-of-duty death experienced by the department.

Holt is being considered for organ donation. Funeral arrangements were pending as of press time.