UPDATE: Deputy Bryant Orem from the Hamilton County Sheriff’s Office, at approximately 9 a.m. May 1, said there is nothing else to add at this time, and detectives are continuing to review the incident. Updates will be posted as they become available. 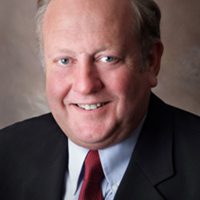 The Hamilton County Sheriff’s Office has confirmed the identity of a woman who was photographed removing the political campaign signs of Hamilton County Councilor Steve Schwartz in Noblesville.

After an investigation was opened April 29, the sheriff’s office has confirmed Lisa Hall, wife of Mark Hall, Schwartz’s opponent in the May 8 primary election for Hamilton County Council District 3, was the one to remove signs at the northwest corner of 211th Street and Oakbay Drive at the entrance of the Oakbay subdivision.

Mark Hall’s address on file with the Hamilton County Elections Office is in the Oakbay subdivision.

The sheriff’s office opened their investigation April 29 after Schwartz was able to provide police with photos of a suspect removing the signs after he had placed a camera at the location where signs were being taken. The photos show a white female removing the signs.

Deputy Bryant Orem, the public information officer for the Hamilton County Sheriff’s Office, said detectives have met with Lisa Hall, who has been cooperative in the investigation.

The following response was sent to Current in Noblesville on the evening of April 30: 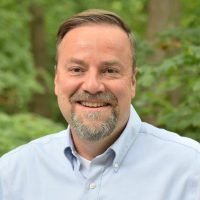 My opponent trespassed and placed signs without the permission of the Property Owner, Dr. Marc Zipper. There is no question that signs were placed illegally by my opponent on Dr. Zipper’s private property.

Volunteers from our campaign are cooperating with the Hamilton County Sheriff’s department and the campaign has provided them full written documentation of our agreement for signage and exclusive use of the property in question. After our campaign losing so many signs we welcome the investigation into these matters and look forward to a quick resolution of the investigations regarding our missing signs.

On March 19th our Campaign asked permission in writing from Dr. Marc Zipper to place our campaign signs on his properties around Northern Hamilton County.

On March 22nd Dr. Marc Zipper granted our campaign exclusive permission in writing to place signs on his property.

On April 2nd the campaign wrote Dr. Marc Zipper explaining that a clutter of signs was now present on his property.

Just to double check and be certain – In this same communication the campaign asked if he has given any other candidate permission to place signs on his property.

“I did not give anyone permission to place signs on my property other than you. This is exactly what I was afraid of when I gave you permission. I leave it up to you to decide whether the other signs should be taken down now. I do not want anything to happen to you if you have them removed. Best of luck with your campaign, Dr. Marc Zipper”

April 14th at approximately 11:00 AM we informed Councilman Schwartz in person, at the property location, that he did not have permission to place signs at the property and that the owner has people removing everyone’s signs but ours. We offered to show him the written permission. He approached our vehicle aggressively yelling obscenities.

As he neared my wife’s open window yelling and aggressive we pulled away to avoid a physical confrontation. Driving to the West my opponent’s son then gave me the finger and yelled as we drove off.

As agreed with the property owner, our campaign removed two signs this past weekend with permission in writing from the property owner. We seriously question our opponents repeated trespass violations but, in an effort to take the high road, we chose to not make a big deal of it at the time.

The owner has not given my opponents campaign permission to trespass on or place signs on his property.

To date we have had over 100 signs stolen and destroyed. The most recent theft we are aware of occurred as signs were removed from State Road 32/38 intersection in full view of a witness. She reported that our signs were placed in a trunk and replaced with my opponent’s signs. The sheriff’s department is investigating.

Our campaign followed the rules. We obtained permission in writing from the owner of the property and our opponent didn’t. His arrogant disregard for civility, rules and even common courtesy is beneath that of an elected official.

Before I embarked on the campaign, knowing that I was taking on the long-term establishment elected officials, I was warned by several other elected officials of the efforts that would be taken take to protect their power and position. I had no idea they would stoop this low.