You are at:Home»Current in Westfield»Westfield Cover Stories»Start your engines: City partners with Indy 500 for month of May 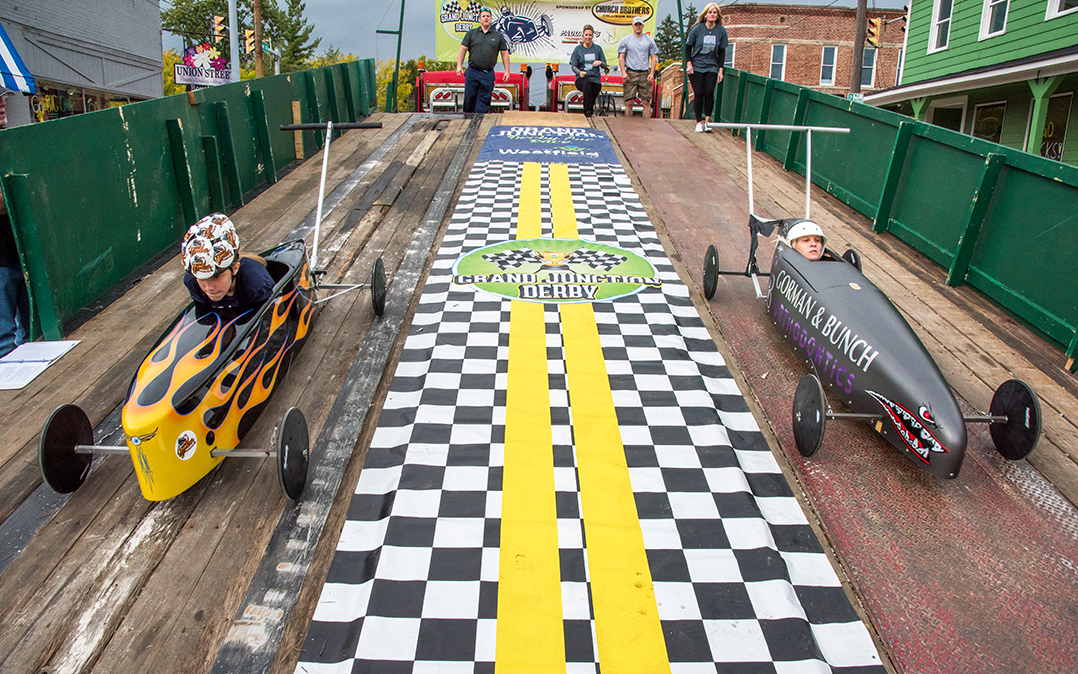 “Being a community partner, basically what the Indianapolis 500 does is reach out and find out from surrounding communities what they’re doing during the month of May,” said Angie Smitherman, director of community events and engagement for the City of Westfield.

Westfield’s programs include putting an artistic work of the race wings in downtown Westfield, celebrating Fashion Fridays and inviting residents to participate in hosting a porch party. The month revolves around the May 19 Grand Junction Derby. Previously, the derby was in October.

Smitherman said the derby was never on the same weekend in October. The event was moved largely to celebrate racing during the month of May.

“This is the 10th celebration for the derby, the 10th anniversary for the city, so we wanted to build this event and celebrate it in the month of May,” Smitherman said. “It’s usually freezing, so hopefully weather will be nice in comparison.”

The Indy Wings will be constructed by Hoosier artist Aaron Scamihorn. Westfield’s wings will have a specific design to reflect Westfield. The wings will promote tourism and social media interaction throughout the city, similar to the Indy signs around Indianapolis. The city does not have an exact location yet for the wings. Other locations for the wings include Broad Ripple, Mass Ave in Indianapolis, Main Street in Speedway and Noblesville.

Westfield encourages residents to participate in Fashion Fridays, specifically for May 18, when participants dress in their best Indy 500 fashion during the four Fridays in May to express pride and excitement for May and racing. Fans are then encouraged to post photos of their outfits on social media with the hashtag #500FashionFridays.

The Grand Junction Derby will run from 11 a.m. to 1 p.m. May 19 in downtown Westfield along Union Street between Jersey and Mill streets. There will be tricycle races as well as stock car and creative car classes. Although pushers for the cars have been allowed in the past, they will not be allowed this year due to a slight change in location for the race, with a steeper downhill slope.

“We are really trying to build a real culture here,” Communications Director Vicki Duncan Gardner said. “It’s part of building something bigger, an identity of linking with the race and trying to get families to realize this is a great place to stay and participate in the event.”

Following the derby will be the Rock the Junction beer and music festival from 1 to 5 p.m. along Union Street just south of Main Street. The festival is hosted by Grand Junction Brewing Co. Tickets begin at $25. All proceeds go to charity, with a significant amount supporting the Grand Junction Brewing Co. Scholarship Fund. The fund was established in 2017 and awards two scholarships to Westfield High School seniors. 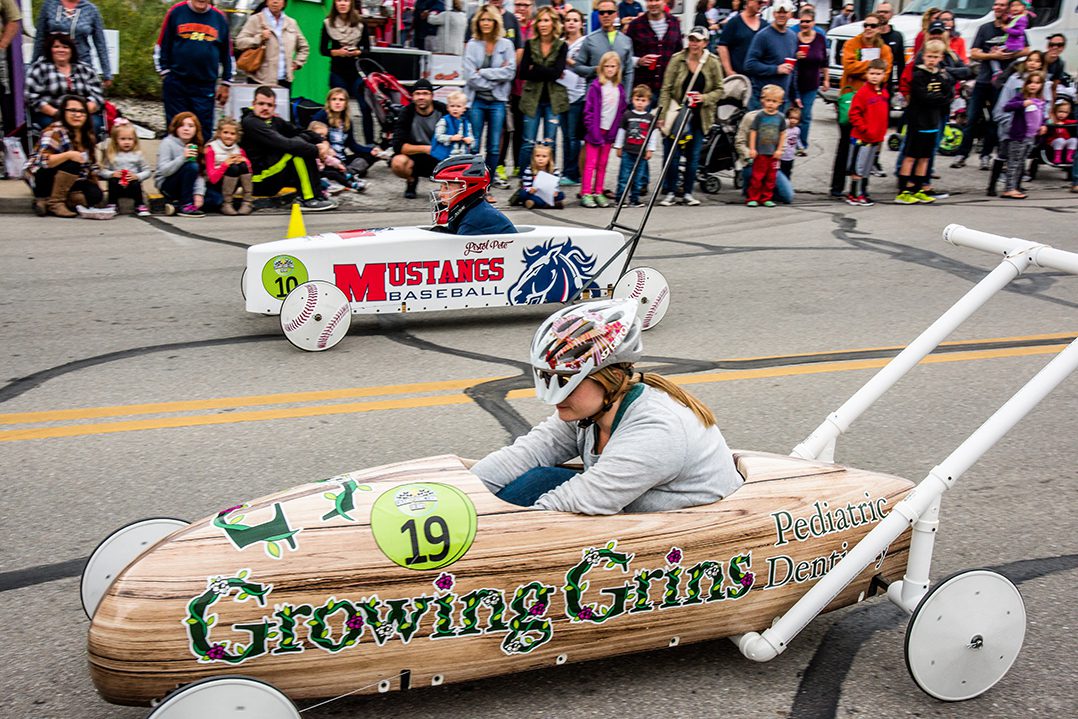 Participating in the derby

Moon said a big reason Crossfit Thrive is participating in the derby is not only to compete with its car, but to showcase how it works to get the city fit. Many Westfield firefighters, police and other city staff use Moon’s gym.

“This is how the city gets fit and stays healthy,” Moon said. “I think (building a car) is a cool way to be a part of the community and showcase the gym. It’s been cool to see the city grow, and we’ve grown with it.”

This is Moon’s first time participating in the event.

Mayor Andy Cook said he enjoys seeing the creative cars during the event.

“As we celebrate our 10th year as a city, Westfield is still creating its identity,” Cook said. “The Grand Junction Derby, also in its 10th year, is one way we continue to create and celebrate the community bond. I love seeing the families, the fun and the creative cars.”