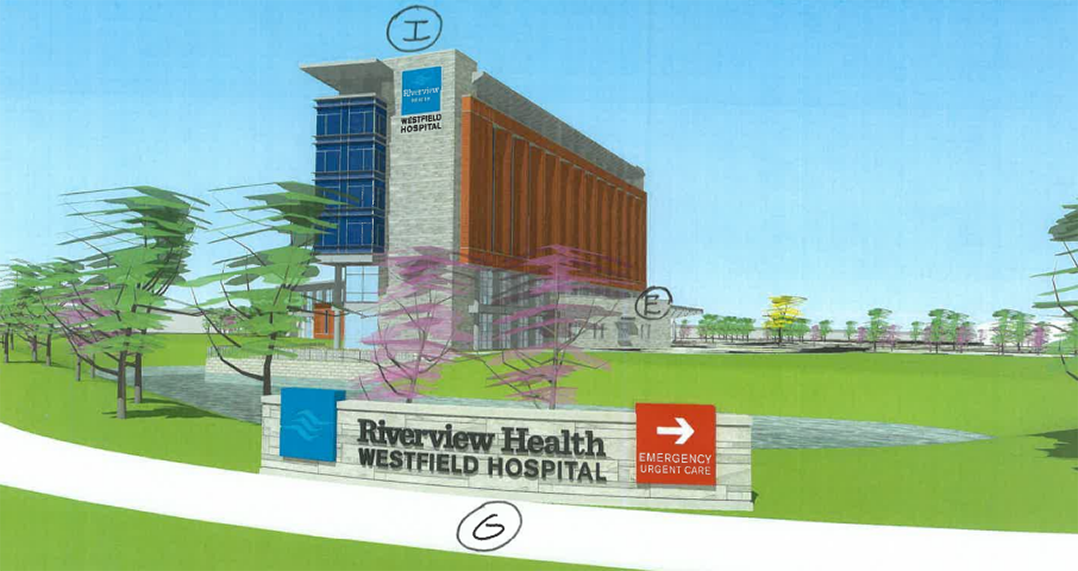 The Westfield City Council met April 23. Its next meeting is scheduled for 7 p.m. May 14 at City Hall, 130 Penn St. For more or to view the agenda, visit westfield.in.gov.

What happened: The council approved an amendment to the Junction Planned Unit Development, 5-0.

What it means: The amendment allows Riverview Health Westfield Hospital to construct multiple signs on hospital property that covers more than the city’s sign standards permit. The signage would meet the needs and the scale of the hospital. Council members asked no questions about the sign ordinance but council member Joe Edwards asked if a heliport would be constructed on the property. Kristen Sprague of SignCraft Industries said there was potential for a heliport.

What happened: The council approved the annual tax abatement review, 5-0.

What it means: The item is required to go before council each year, per Indiana code. Seventeen abatements were approved, with 14 active. The remaining three either had not completed necessary construction or were not in the abatement period. Following the presentation, council member Mark Keen asked that it be made clear why tax abatements were positive for the city.

“I abhor tax abatement, but there is a positive benefit that comes from that,” Keen said. “How do we communicate to the general public the benefits the city receives as a result of doing an abatement? Otherwise, the perception is you’re just giving the companies something for nothing, and they (the public) don’t know how the benefits accrue back.”

“I don’t like tax abatements, either, unless I’m sitting on other side of the table, but unfortunately it’s an industry-wide practice,” Mayor Andy Cook said. “When we have to compete with other jurisdictions to land a business, often we have to abate taxes, amongst other things. We can begin to tabulate here the amount of investments these companies have made and the number of jobs brought with them to the City of Westfield. That’s the best thing we can do to account for it.”

A majority of abatement recipients have added employees since their abatement was granted. For the full list of abatements, visit westfield.in.gov.

What happened: The council voted to re-establish a cumulative capital development fund, 5-0.

What it means: The re-establishment is an annual process that is required to be adopted and then sent to the state. A public hearing was held, and nobody spoke.