You are at:Home»Night & Day»Entertainment News»Darren’s Ballroom to host “A Night at the Circus” event at Ritz Charles

Every year Darren Cupp, owner of Darren’s Ballroom in Carmel, has a showcase event so his students can show off their dancing skills in a choreographed routine that they’ve rehearsed for months. 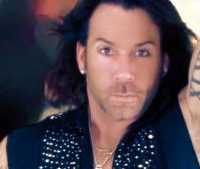 He usually doesn’t have a theme, but this year is different. After seeing the movie “The Greatest Showman,” he was moved by the music and story of P.T. Barnum.

“I watched that movie, and it was all that it took,” he said.

The public is invited to “A Night at the Circus” at 6:30 p.m. June 10 at Ritz Charles. Tickets that include dinner and the show are $70, but spectator-only tickets are available for $25. Tickets can be purchased at the upstairs dance studio,16 W. Main St.

The show will includes a range of students from beginners to advanced.

For beginners, it can be nerve-racking but is a positive experience to step out of one’s comfort zone, Cupp said.

“That two minutes that are out there can be terrifying,” he said.

Costumes and music will be tied into the circus theme, and there will even be some familiar circus characters. Cupp appears in nine of the 15 routines, and some students are very advanced.

Cupp choreographed the entire show to showcase his students’ strengths.

“We have performers who are just as good as you’d see on ‘Dancing with the Stars,’” he said.