Dr. Doug Zipes has led a memorable life as a world-renowned cardiologist and author.

“It was fun to go through my life as I remembered it,” he said. “I wish my grandparents had written something so I knew who they were. I’ve tried to stay away from medical jargon and much medical detail. The stories I relate should appeal to any lay individual. My name in cardiology is known around the world, so there are lot of people around the world that are interested, and I think a lot are reading it just because they know my name.” 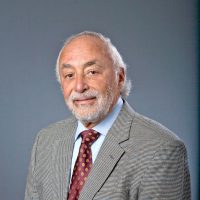 The Carmel resident’s book “Damn the Naysayers” was released earlier this year. The title comes from Zipes being told he couldn’t do something and proving doubters wrong.

There are five cardiology textbooks by Zipes that are used around the world. He has written three novels and is working on a novel on police brutality.

“I go through my early life and training and some interesting anecdotes,” Zipes said. “There are some parts about the litigation when I was an expert witness against Taser and basically got them to put warnings in their materials that Taser could kill. They hadn’t done that until I testified. I testified against them over a period of 10 years in multiple lawsuits.”

Zipes recounts an interesting time when he was asked to make a house call to Saudi Arabia.

“I saw the daughter of an extremely wealthy family there and they subsequently came to Indianapolis for treatment,” Zipes said.

“I figured 50-plus years of treating patients was enough,” Zipes said.

Zipes writes a weekly health column for The Saturday Evening Post, which published an excerpt from the book.

“It opens with a trip to what was then the USSR,” said Zipes, who caught the KGB’s attention by meeting with some blacklisted scientists in 1982.

He also relates how he saved his own life when he determined a medication was interfering with a pacemaker following heart valve repair surgery at Cleveland Clinic in 1999.

“It could have caused sudden death, but I took over control of the pacemaker and fixed it so it didn’t happen,” he said.