Emily Legg is eager to have an audience for the next step in her musical career.

Legg, 15, is one of six semifinalists for the CarmelFest Has Talent 15-and-under division for vocalists. The semifinalists compete at the Gazebo stage from 3 to 5 p.m July 3. The top three finishers will compete for the top prize from 3:30 to 4:30 p.m. July 4 on the same stage. 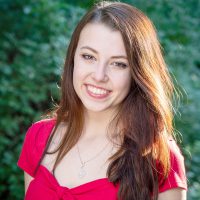 “I love singing and show choir and have previously entered talent shows at my school,” said Legg, who is headed into her sophomore year at Fishers High School. “After learning of the Carmel talent show, I was very excited to enter. I love singing Broadway and acoustic-styled music.”

Legg will perform a piano version of “This is Gospel” by Panic at the Disco.

“I am looking forward to the preforming experience in general, as well as getting to listen to other contestants perform,” Legg said.

She also is eager to meet new people.

“I definitely feel that performing in front of a large audience is an amazing way to gain confidence and experience,” Legg said. “I have found that the more I perform, the less nervous I get.”

Legg said being a show choir member and accepting as many singing opportunities as she can has helped her become more confident in herself for future performances.

“I’ve also found that experiences have taught me many things about how to handle the pressures of performing and how to prepare for them,” she said.