“I’ve always been intrigued by Carmel schools,” Greene said. “They’re nationally known and known statewide ever since I’ve been in college. I’ve been doing this 22 years. Carmel has been at the top of everything. It’s always been a dream of mine to work in Carmel. It’s a very nice area. I have lots of friends from college that attended Camel schools and loved it.” 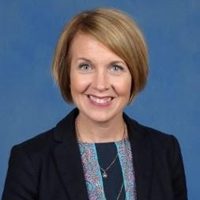 Green started her new post as the Mohawk Trails Elementary School principal July 2. Her hiring was approved June 25 by the Carmel Clay Schools board. She replaced Kate Fagan, whose husband took a job in South Carolina.

“A friend made me aware of the opening,” Greene said. “I put my name in the hat and hoped for the best.”

Greene served as the principal at Delaware Trail Elementary in Brownsburg for seven years. Prior to that, she was Brownsburg West Middle School assistant principal for five years.

There were 48 applicants for the Mohawk Trails position.

“Through the extensive interview process, Mrs. Greene’s warm personality and student-centered, enthusiastic and visible leadership style stood out among a field of highly qualified applicants,” stated Amy Dudley, who was co-interim superintendent at the time of the hiring.

Greene said everyone has been so welcoming.

Greene, who grew up in Evansville, attended Indiana University and finished her degree at the University of Southern Indiana. She has a master’s degree from Indiana Wesleyan and is pursuing her doctorate in educational leadership from Ball State.

After five years teaching for the Catholic Diocese in Evansville, she taught for five years in Pike Township in Indianapolis.

She and her husband, Scott, have two children, Matthew and Emma, and live in Avon. Greene said she will commute until Matthew, a junior, graduates from Avon High School.