You are at:Home»Current in Carmel»Carmel Cover Stories»Paws on patrol: Meet the CPD K-9s who work to keep Carmel safe 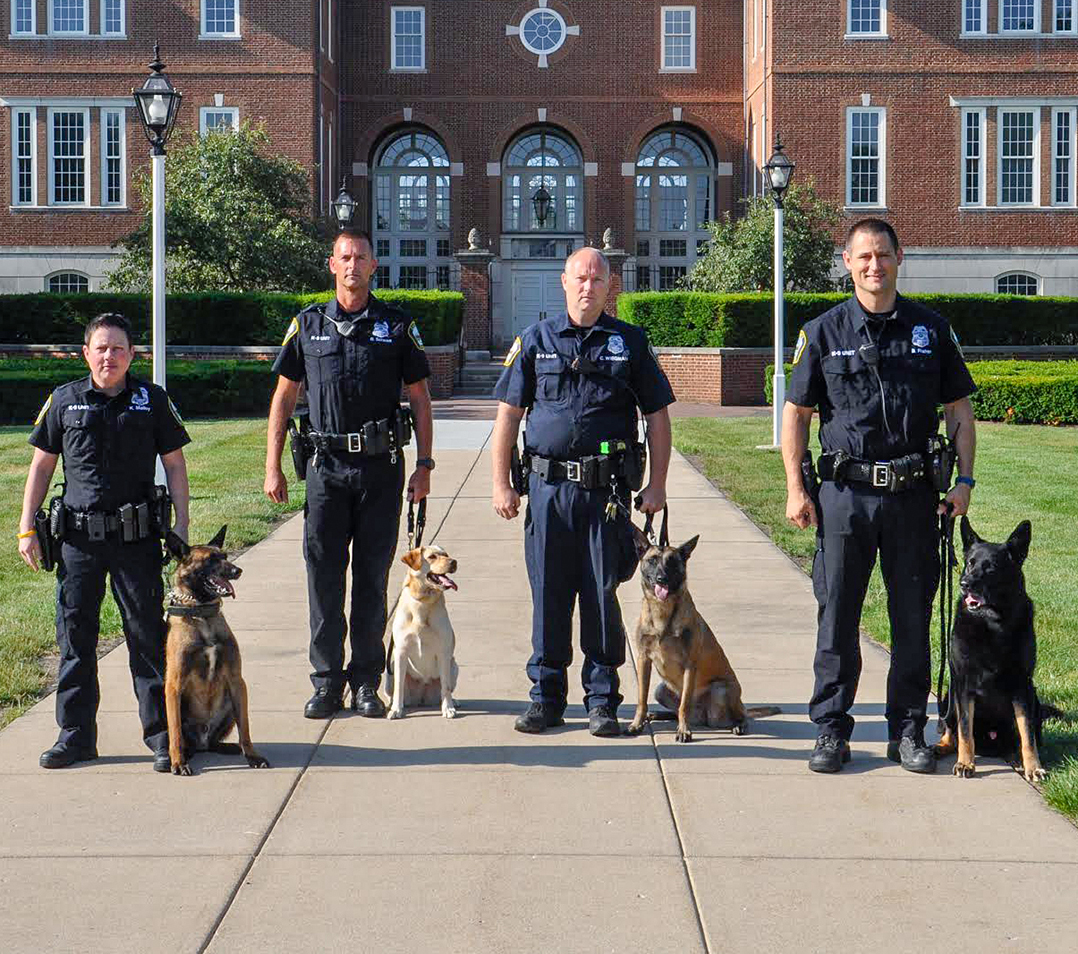 One of the most versatile tools the Carmel Police Dept. has is its team of drug-sniffing, bomb-detecting, suspect-chasing K-9s.

Last year, the K-9 unit responded to 3,071 calls for service, helped complete 143 arrests and initiated or assisted in 1,466 traffic stops.

Wazir, a 10 1/2-year-old Czech shepard trained in narcotics detection and apprehension, retired from service June 15. Dressed in a purple tie, he was served a dog-friendly retirement cake during his ceremony. Wazir served with CPD for eight years, the typical work span for a K-9, and began his work with CPD Sgt. Dave Kinyon before transitioning to work with Sgt. Ben Fisher in 2012.

“It’s been amazing being at the other end of that leash,” Fisher said.

Fisher said Wazir’s retirement will be difficult because Wazir is being taken away from what he loves and lives to do.

“I will miss seeing him be a police dog and doing what police dogs do. He is an amazing police officer,” he said.

Fisher said the bond between them is indescribable.

“He is such a loyal companion that all he wants to do is keep me safe and happy,” he said. “Wazir knows no fear and is willing to do anything that I ask of him.”

Fisher is confident Wazir will be able to transition smoothly to full-time home life. Wazir will continue to live with Fisher and his wife, Kari, and their three young daughters, Tia, Keyahna and Sabreena and their three dogs, who each weigh less than 10 pounds.

“The most difficult thing will be when I put on the uniform and leave to go to work,” Fisher said. “I am sure that will leave him a bit anxious.”

‘Hours and hours of training’ 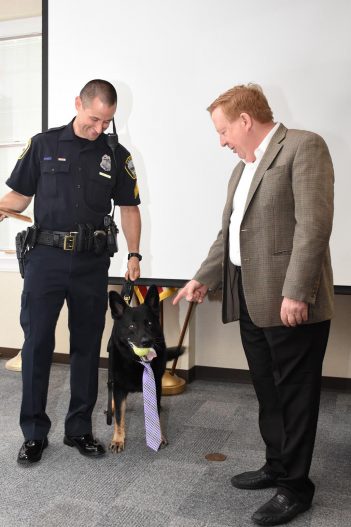 All of the CPD K-9s were trained at Vohne Liche Kennels, a military service and police dog training facility in Denver, Ind. The facility has trained more than 5,000 dogs for law enforcement and government agencies, including the National Security Agency and the U.S. Army.

“It looks like a simple task when a dog locates and responds to a narcotic, explosive or human odor, but that ‘simple’ behavior is the result of hours and hours of training,” Malloy said.

Wiegman, who handles 6-year-old Belgian Malinois, LoLo, said the federal government spent nearly $19 billion between 2004 and 2010 to develop bomb-detecting tools before it scrapped the idea and realized the best bomb detector is still a dog’s nose.

LoLo is a dual-purpose K-9 trained in detection, apprehension and tracking, with a specialty in detecting explosives.

“There is no better tool in locating illegal drugs or explosives,” Wiegman said.

“Our K-9s are with us almost every hour of every day. Since they live and work with us, officers spend more time with the dog than they do anyone else,” Malloy said. “This creates a strong bond between the dog and their handler.”

Malloy said K-9s would give up their lives to protect their handlers. She said it’s important for the public to know that although the dogs are social, they are still working dogs and shouldn’t be approached like regular pets.

“K-9s are trained to protect their handlers and will react if they believe there is a perceived threat,” Malloy said. “What someone might think is a simple handshake, a K-9 might interpret as an effort to harm their handler.”

Schmidt’s partner is Bailey, a 4-year-old labrador single-purpose dog from Slovakia that detects narcotics, does article or evidence searches and tracks lost or endangered persons and suspects. Bailey is CPD’s newest K-9.

According to Schmidt, one of the many rewards of having a K-9 partner are the love, dedication and trust the K-9 shows its handler.

“I think anytime you start putting your trust into a dog, with not only your life, but the life of citizens and other officers, that bond becomes very strong,” Schmidt said. “That, along with the unconditional love shared with the animal, the trust built during time spent training and while on patrol only strengthens the bond. I spend as much a time with that dog, and maybe more, than I do with my own family.”

All of the dogs train for 16 hours each month, are fueled by Blue Buffalo dog food and love tennis balls. CPD wants to introduce a new K-9 to the department this fall. 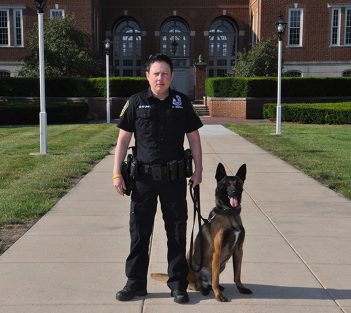 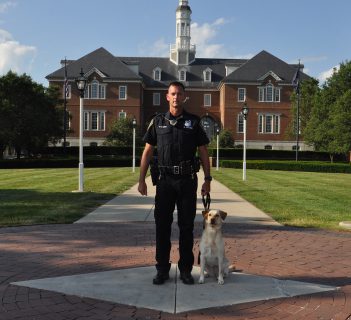 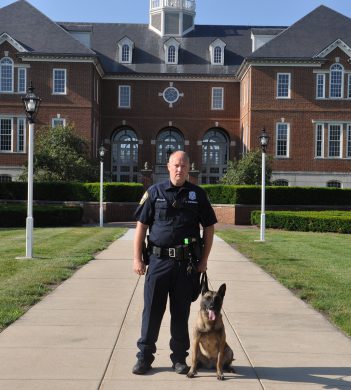 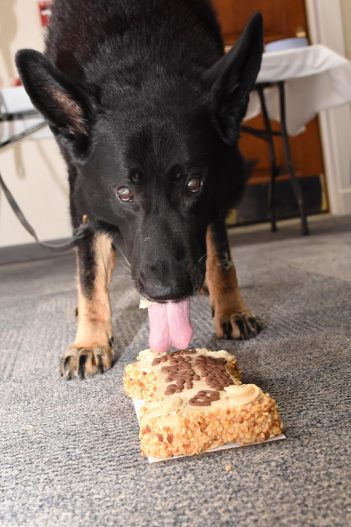