Lorenzo and Marina Xochitlatoa have more than 15 years of experience in the food service industry. Throughout their careers, they have worked as bussers, cooks and managers, among other jobs. Natives of Puebla, Mexico, they have opened their own restaurant in Carmel. Loren & Mari Mexican Grill opened Aug. 8 at 2293 East 116th St. 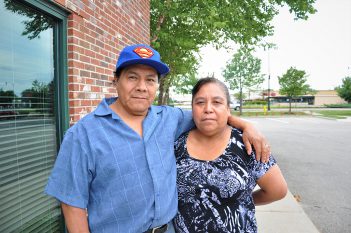 “Every single penny and life savings has been put towards making this dream come true,” said Antonio Xochitlatoa, a son of Lorenzo and Marina.

The restaurant, which features a laid-back atmosphere and a full bar, will be run by members of the Xochitlatoa family, including Lorenzo and Marina’s seven sons, two daughters and two sons-in-law.

Loren & Mari specializes in Poblano cuisine, which features dishes with a mixture of indigenous Mexican and Spanish influence. The Xochitlatoas are particularly excited for Carmel residents to try the restaurant’s Mole Poblano, a chicken dish featuring a complex sauce made from more than 20 ingredients.

“Mole Poblano is always served as the main dish at family gatherings,” Xochitlatoa said. “Since it was passed down from generation to generation, our family is proud to serve Mole Poblano and want the community to experience the great taste of it.”

In addition to Poblano fare, the restaurant will offer many classic Mexican dishes, from fish tacos to carne asada. Cemitas, a kind of sandwich regularly served in Puebla, will also be featured.

Carmel is a competitive landscape for restaurants, but Antonio Xochitlatoa expects Loren & Mari to stand out.

“We set ourselves apart from others by creating every single dish with fresh ingredients, passion and hard work from every single family member,” Xochitlatoa said. “We are proud to say, ‘We started from the bottom and now we are here.’”