You are at:Home»Current in Fishers»Fishers Business Local»Fishers spa Spavia to open in September 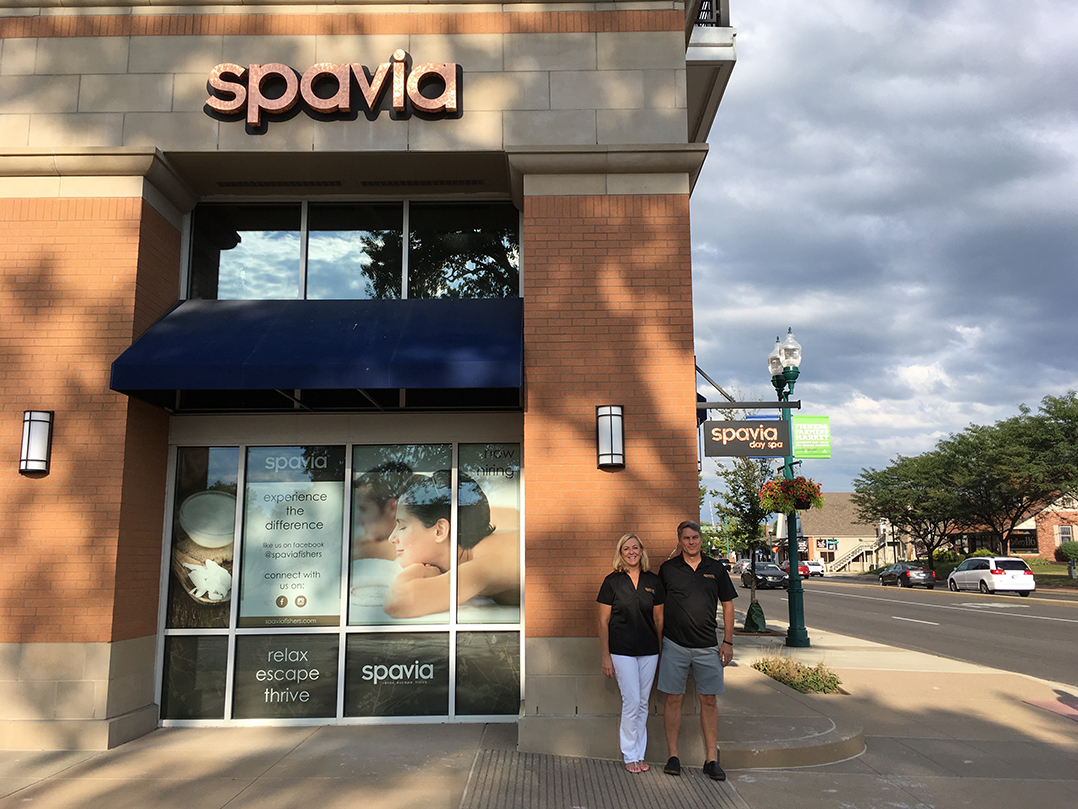 Jo Biggers and her husband, Ken Kreiger, in front of Spavia, which will open soon in downtown Fishers. (Submitted photo)

Fishers residents will be able to relax, escape and thrive when Spavia opens Sept. 14 in the Depot in downtown Fishers at 8594 E. 116th St.

“The company started in 2005 in Denver,” owner Jo Biggers said. “There are now 37 spas across the country. We are the first one in Indiana. We like it a lot because the concept is resort-like spa with more affordable pricing.”

The spa will offer traditional massages, facials and body treatments in a relaxing atmosphere.

“We have a changing area with robes and sandals,” Biggers said. “You’ll get a warm neck wrap. We have separate retreat rooms for men and women. Then, you get to pick your lotion scent and your own music.”

The company encourages franchise owners to be a part of their own community.

“Their vision is to create a positive impact on the world one guest at a time,” Biggers said. “We connected with the (company) owners because they’re really big into community involvement. I’ve been a part of the community for years.”

Biggers is a former Fishers resident whose four daughters graduated from Hamilton Southeastern High School. She is excited to open in the Fishers area.

“We chose Fishers because it’s turned into this smart, vibrant, entrepreneurial place,” Biggers said. “We wanted to be entrepreneurs ourselves. It’s so exciting. It will even be exciting for our customers. They can go get a massage or facial and then go to a free concert.”

“We think that people don’t take time for themselves, whether it’s because they’re busy, it’s inconvenient or it’s expensive,” she said. “We feel like we’re bringing a great place to escape for a really affordable price. We’re very excited, and we really think people are really going to like it.”