You are at:Home»Current in Zionsville»Zionsville Community»Libertarian candidate running for Boone County Council

Boone County residents living in District 1 (Eagle Township) will have three choices when voting for Boone County Council in November. Russell Mueller is running as a libertarian candidate.

Libertarians share ideas from Democrats and Republicans with a focus on individual sovereignty. 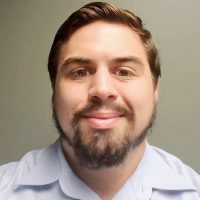 “I’m running as a third-party candidate, a Libertarian, because I feel like a lot of people are upset over the whole two-party system,” Mueller said. “I know I myself am. I have an interest, so why not run with a party I have an interest in and can get behind and present another option.”

The council’s duties include establishing and approving an annual operating budget; establishing salaries, wages, per diems and other compensation for all county officials and employees; fixing tax rates; appropriating public funds; authorizing certain purchases or sales of county-owned land; and reviewing budgets for certain non-elected boards in the county.

“If I’m elected, I hope to help monitor the budget,” Mueller said. “I know taxes have been on the rise in Boone County for a while now. I want to find ways we can mitigate any unnecessary spending and better re-allocate resources, that way we keep taxes down. I want to help make Boone County government a little more efficient.”

Mueller works as an environmental consultant and feels that role would help his decision-making.

“I’ve been a part of politics off and on throughout my life,” Mueller said. “I was a part of Young Americans for Liberty in college. I’ve helped out with some campaigns. I work in a field where I deal with government compliance and helping companies with different compliance needs. I’m very aware of law. The reason I’m running is that I care deeply about Boone County.”